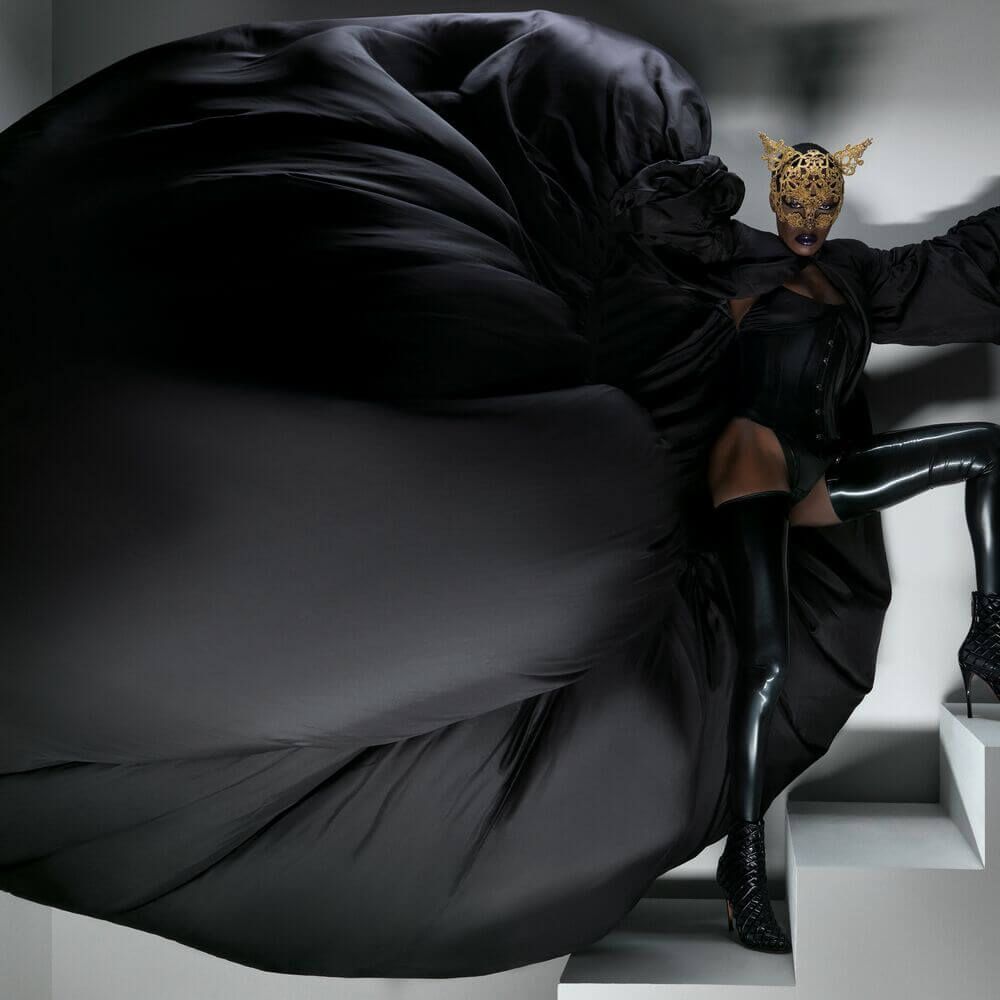 The Southbank Centre and Grace Jones have today revealed the next wave of artists who will be performing during this year’s eagerly anticipated Meltdown festival, running Friday June 10 until Saturday 19 June. Spanning hard hitting punk to folk and experimental electronica, the latest additions capture Grace Jones’ unparalleled influence and connection to the world’s music scene.

By popular demand, Grace Jones has added a new date during her curatorship of Meltdown, in addition to her already sold-out closing show on Saturday 19 June. An unmissable night of style and spectacle, Grace Jones will now open the festival on Friday 10 June with ‘Grace Jones: Up Close and Orchestral’, featuring grand reimaginings of her hit classics such as ‘Slave To The Rhythm’ and ‘Pull Up To The Bumper’ with a backing orchestra. 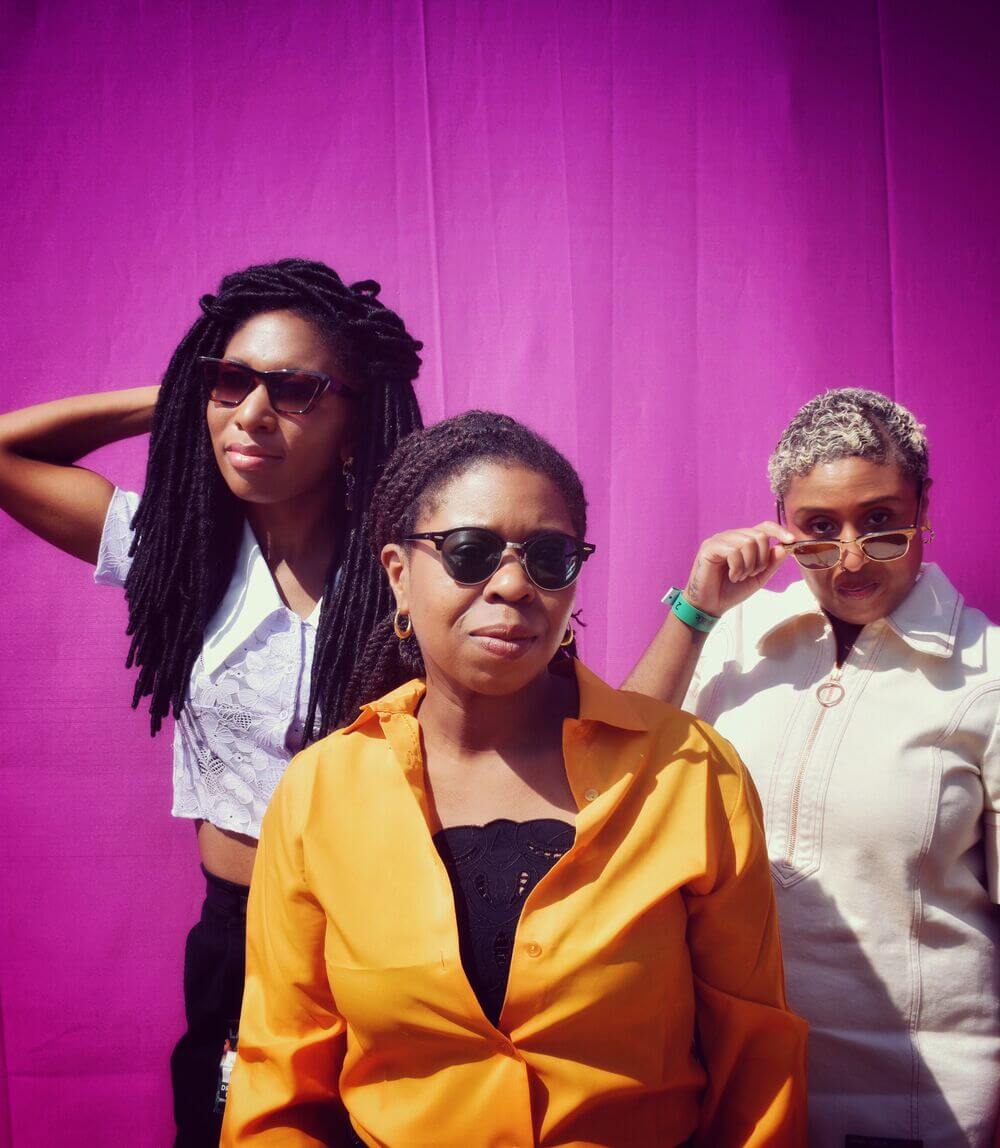 In the Royal Festival Hall, ‘Africa’s premier diva’ Angélique Kidjo will present her new work, Mother Nature, on Sunday 12 June. The acclaimed musician and revered activist has garnered global acclaim for her unique blend of West African traditional music and the soul and R&B sounds of her childhood idols, such as James Brown, Nina Simone and Jimi Hendrix. With Mother Nature at Meltdown, Kidjo will bring her cross-cultural creativity to the heart of London for an unmissable, kaleidoscopic night of infectious rhythms, beats and a pure party atmosphere.

Also in the Royal Festival Hall, on Tuesday 14 June, there will be a special one-off concert and a unique collaboration between members of Hot Chip and the Congolese collective Kasai Allstars. ‘Hot Congotronics’ will also feature some of the African guests who Grace Jones has recently been collaborating with on sessions for her next album.

From the vibrancy of Kidjo to the candid king of alternative folk, John Grant will illuminate the Queen Elizabeth Hall on Friday 17 June 2022 with his tender lyricism and eclectic soundscapes in a beautifully intimate setting. Meanwhile, in partnership with Brilliant Corners, Dave Okumu, formerly of the Mercury Prize nominated band The Invisible, will be joined by luminaries and friends to perform reinterpretations of two iconic and unexpected albums in ways you’ve never heard them before. Full details about the Tuesday 14 June show, including musicians and music, will be released soon.

During the festival, the Queen Elizabeth Hall foyer will be open until the early hours, buzzing with late night performances and DJ sets. Kicking off Meltdown’s parties with a grooveful blend of house, disco and funk, Honey Dijon will host proceedings on Friday 10 June alongside London’s own Sippin’ T, while Hercules and Love Affair will step up to the decks the following night, Saturday 11 June. In a rare appearance in the capital, the elusive and enigmatic Sky Ferreira will invite fans to experience her darkly delightful alt-pop close-up as part of Grace Jones’ Meltdown on Thursday 16 June.

The Southbank Centre’s Purcell Room has a storied history of celebrating boundary-pushing talent, and Meltdown will be no exception. Breakthrough star Desire Marea, whose 2021 solo debut Desire turned heads with its haunting melodies, emotional depths and club-ready edge, will make his first Southbank Centre appearance on Sunday 12 June 2022. In a very special collaboration, producer extraordinaire Kevin Richard Martin, AKA The Bug, will perform with Japanese vocalist Hatis Noit on Monday 13 June. The pair first met in 2018 for what would become a landmark performance for BBC Radio 3’s Late Junction and their show at Meltdown will no doubt capture their hypnotic, spectral magic. With a heavy dose of righteous vigour, Big Joanie will bring all the excitement and energy of London’s DIY punk scene to bear on the Purcell Room on Wednesday 15 June while the legendary front woman and bassist from the platinum selling band Noisettes, Shingai, will perform Friday 17 June.

Other highlights in the Purcell Room include electronic experimenter Cut Hands, who will test the boundaries of the genre on Saturday 11 June, indie dance pair Two Another on Tuesday 14 June and rising musical polymath Skinny Pelembe on Thursday 16 June. Ben Hayes and Hector Plimmer’s AI-inspired work will close out the Purcell Room on Sunday 19 June.

Tickets for the new shows will be on sale from 10:00am, Friday 11th March.

In the coming months,  Southbank Centre will also reveal its free programme of events and concerts which will transform the Southbank Centre and become an integral part of the unique festival spirit of Meltdown.

Commenting on the new wave of artists and her excitement ahead of this summer, Grace Jones said, “In the face of adversity, there is no pandemic in the world that will stop me from curating the Meltdown festival. It is my mission to present to you many exciting and gifted artists from various sectors of the music world.  Come, see and listen; experience this dazzling plethora of talent at the Southbank Centre.”

Mark Ball, Southbank Centre’s Artistic Director, added, “The truly global and diverse line-up that Grace has curated is testament to her unparalleled international influence and her iconic status as one of culture’s most daring provocateurs. Following two long years of uncertainty the wait is nearly over and we are excited to welcome everyone to experience Grace’s selection of some of the world’s greatest performers and to celebrate the anticipated return of Meltdown in style.”

These latest editions to Grace Jones’ Meltdown join the originally announced line-up, which was revealed in 2020. Excitingly, nearly all of the artists will be appearing this summer including a very special performance by Peaches in the Royal Festival Hall (Saturday 11 June), celebrating the 20th anniversary of her riotous debut The Teaches Of Peaches, as well as a tribute to the late Lee ‘Scratch Perry’ by Adrian Sherwood Time Boom x The Upsetter Dub Sessions (Friday 10 June).

Meanwhile, the Songbird of Wassoulou Oumou Sangaré will showcase her beautiful Malian melodies on Wednesday 15 June while, on Saturday 18 June, Senegalese singer and guitarist Baaba Maal will perform his globe-trotting musical fusions. Radical outfit Skunk Anansie will channel over 25-years of their adrenaline-fueled furore on Friday 17 June for a sold-out show in the Royal Festival Hall.

Flying the flag for funk and soul, appearances by The Love Unlimited Synth Orchestra, featuring members of the Paraorchestra, Ibibio Sound Machine’s Eno Williams and Nadine Shah, will celebrate the ‘The Walrus of Love’ Barry White (Wednesday 15 June), the mercurial, masterful Meshell Ndegeocello (Thursday 16 June) and North Carolina legend Lee Fields (Saturday 18 June) will ensure everyone has a cause to dance at this year’s Meltdown.

Unfortunately, Solange will no longer appear, citing the ongoing COVID-19 pandemic which has made it increasingly difficult for artists to travel from the USA. All ticket holders for her concert on Friday 10 June will be contacted in order to arrange refunds.