While Unable to Welcome Audiences Back Inside Its Brooklyn Waterfront Theater, St. Ann’s Streams Two of Its Most Acclaimed Legacy-Productions-Turned-Films, for Free

St. Ann’s Warehouse presents films of two landmark St. Ann’s theatricalized concerts that were also key moments in rock music history: John Cale and Lou Reed’s Songs for ‘Drella – A Fiction, co-commissioned with the Brooklyn Academy of Music and shot by Academy Award-nominated cinematographer Edward Lachman (Carol, Velvet Goldmine) in 1989; and Lou Reed’s Berlin, directed by Academy Award nominee Julian Schnabel (The Diving Bell and the Butterfly), who also helmed the 2006 staged production at St. Ann’s Warehouse that was shot for the film by veteran rock cinematographer Ellen Kuras (Spike Lee’s film of David Byrne’s American Utopia, Martin Scorcese’s No Direction Home: Bob Dylan, Dave Chappelle’s Block Party). The screenings give home-bound audiences access to two performances that helped establish St. Ann’s reputation, over four decades, as a producer and champion of major new works at the intersection of theater and rock and roll. This presentation is offered free of charge and will include newly programmed, contextualizing live conversations.

The genesis of the double feature followed the tragic loss of music producer Hal Willner to COVID-19 this past April and the public response of St. Ann’s audiences to the organization’s virtual tribute to him. It occurred to Artistic Director Susan Feldman “that this was a moment to share our prodigious history with many who don’t know it. What began in our original home, the Church of  St. Ann & the Holy Trinity, with John and Lou, Hal, Marianne Faithfull, Aaron Neville, Jeff Buckley, and others awakened our theatrical sensibilities, established lasting artistic relationships, and shaped our identity in DUMBO ‘at the crossroads where theater meets rock and roll.’ In the pandemic, we only wanted to stream professional films of live productions that also speak to who we are now. Producing Songs for ‘Drella and Lou Reed’s Berlin Live, two films by artists about art, define the daring, transgressive tone of what St. Ann’s Warehouse eventually became.”

Songs for ‘Drella – A Fiction

John Cale and Lou Reed’s Songs for ‘Drella is an intensely personal tribute to pop artist Andy Warhol, their longtime friend, collaborator, and former manager. The project reunited Cale and Reed for the first time since their notoriously acrimonious split as founders of the pioneering rock band the Velvet Underground two decades earlier. Their reconnecting, and the work they created in Songs for ‘Drella, had all the passions that had brought the two together and driven them apart in the first place.

The song cycle proceeds chronologically through Warhol’s life, with poignant post-mortem reflections on his death, expressed in Reed and Cale’s raw, literary lyrics and emotionally charged rock music. Rolling Stone has described the work as a “shining, tense merger of visions” that rendered Warhol as only those with a close relationship with him could, as “both immediate and mythic.” Its title borrows John and Lou’s nickname for the iconic artist—an affectionate combination of Dracula and Cinderella.

Songs for ‘Drella was co-commissioned by Arts at St. Ann’s with BAM in 1989 and premiered at its original home in the Church of St. Ann & the Holy Trinity in Brooklyn Heights. It was performed and filmed later that year at the BAM Opera House as part of the Next Wave Festival. The reconciliation of Cale and Reed inspired drummer Moe Tucker and guitarist Sterling Morrison to join them for a European Velvet Underground Reunion tour in 1993. Ironically, this screening precedes a documentary about the VU, by Todd Haynes, currently in production.

Director Ed Lachman, who went on to garner wide acclaim as the keen-eyed cinematographer of films by Todd Haynes, Todd Solondz, and Steven Soderbergh, captures the Cale/Reed connection—and their complex relationship to their late friend and mentor—at close range, along with the rich visuals projected on the stage, designed after Warhol by Jerome Sirlin.

‘Drella now returns at a time when it can once again offer healing and beauty in the face of grief. The film is produced by Channel 4 Television Corporation | Sire Records Group.

After Songs for ‘Drella, Reed continued to be a regular at St. Ann’s in the Church and the new St. Ann’s Warehouse in DUMBO. At Susan Feldman’s urging, in Berlin, he returned to a project that had long been a cult favorite but had also been a source of both pride and painful disappointment for him. He had recorded the Berlin album in 1972, when he was at a peak in his solo career, having just released Transformer, which included the Top 20 hit “Walk on the Wild Side.” Expectations were high that Reed would achieve another big commercial success, but, instead he delivered a gorgeously dark concept album about drifting, tormented addicts in love, broken-hearted and self-destructive, on the outskirts of a divided city.

Although now widely recognized as a masterwork, Berlin was panned by critics, and Reed, deeply wounded, put it away without ever performing it live in full. That is, until St. Ann’s Warehouse and the Sydney Festival’s Fergus Linehan joined forces to fulfill Reed’s dream: to produce a staged concert of the album. Reed’s friends and passionate Berlin devotees Hal Willner and Julian Schnabel signed on, as Music Director and Director, respectively, from the first major decision: that Reed would himself perform the central role on stage.

The World Premiere at St. Ann’s Warehouse—five sold-out performances—was an ecstatic, late-career triumph for Reed, captured on film by the great rock cinematographer Ellen Kuras. Reviewing the concerts for The New York Times, Jon Pareles wrote, “Berlin was less startling but no less ambitious or, in the end, touching. The music stayed rightfully at center stage: close to the album’s original arrangements, but with more room for guitar solos, more clarity and the immediacy and dynamics of a concert. Mr. Reed wasn’t revisiting his songs as oldies or artifacts; he was reinhabiting them.”

Schnabel’s film was edited by Benjamin Flaherty, produced by John Kilik and Tom Sarig for Matador Films, executive produced by Stanley Buchthal, and distributed by Third Rail Releasing. When it was released theatrically in 2008, Stephen Holden, in a Critic’s Pick review for the Times, called it “a grimly majestic concert film.”

St. Ann’s Warehouse plays a vital role on the global cultural landscape as an American artistic home for international companies of distinction, American avant-garde masters and talented emerging artists ready to work on a grand scale. St. Ann’s signature flexible, open space allows artists to stretch, both literally and imaginatively, enabling them to approach work with unfettered creativity, knowing that the theater can be adapted in multiple configurations to suit their needs.

Almost four decades of consistently acclaimed landmark productions that found their American heart and home at St. Ann’s include Lou Reed’s and John Cale’s Songs for ‘Drella; Marianne Faithfull’s Breaking Away and Seven Deadly Sins; Artistic Director Susan Feldman’s Band in Berlin; Charlie Kaufman and the Coen Brothers’ Theater of the New Ear; The Royal Court and TR Warszawa productions of Sarah Kane’s 4:48 Psychosis; The Globe Theatre of London’s Measure for Measure with Mark Rylance; Druid Company’s The Walworth Farce, The New Electric Ballroom and Penelope by Enda Walsh and Walsh’s Misterman, featuring Cillian Murphy, Ballyturk and Arlington; Lou Reed’s Berlin; the National Theater of Scotland’s Black Watch and Let the Right One In; Kneehigh Theatre’s Brief Encounter, 946 and Tristan & Yseult; Yael Farber’s Mies Julie; Dmitry Krymov Lab’s Opus No. 7; the Donmar Warehouse all-female Shakespeare Trilogy: Julius Caesar, Henry IV, The Tempest; Kate Tempest’s Brand New Ancients; Tricycle Theatre’s Red Velvet, the Young Vic production of  A Streetcar Named Desire with Gillian Anderson; Mark Rylance’s Nice Fish, the National Theatre’s People, Places & Things, and the World Premiere of the complete Taylor Mac’s A 24 Decade History of Popular Music, including the one-time only 24-hour marathon in 2016. St. Ann’s has championed such artists as The Wooster Group, Mabou Mines, Jeff Buckley, Cynthia Hopkins, Daniel Kitson, Emma Rice and Kneehigh, and presented an historic David Bowie concert in 2002. St. Ann’s recently produced an acclaimed, sold-out run of a reimagined production of Rodgers and Hammerstein’s Oklahoma! directed by Daniel Fish, in association with the Bard Fisher Center and co-producer Eva Price, winner of the 2019 Tony Award for Best Revival of a Musical on Broadway;  the Gate Theatre Dublin’s acclaimed Hamlet, directed by Yael Farber,  with a knockout performance by Academy Award nominee Ruth Negga; and an astonishing play about refugees, The Jungle, a Good Chance Theatre co-production with London’s  National Theatre and The Young Vic. St. Ann’s has been closed since March 16 due to COVID-19. Along with the Park Avenue Armory, Harlem Stage, the Shed, National Black Theater, and BRIC, St. Ann’s is currently part of a NY State Task Force for Flexible Cultural Spaces, advising on guidelines for safely reopening performance spaces without fixed seating. During the pandemic St. Ann’s has repurposed its building facade to offer a Get Back!-style series of free concerts on the roof, an Urban Canvas series of projected photography around protests and Black Lives Matter curated by street photographer Kobie Procter, and visual art by painter Miguel Amortegui, Love in the Time of Corona. 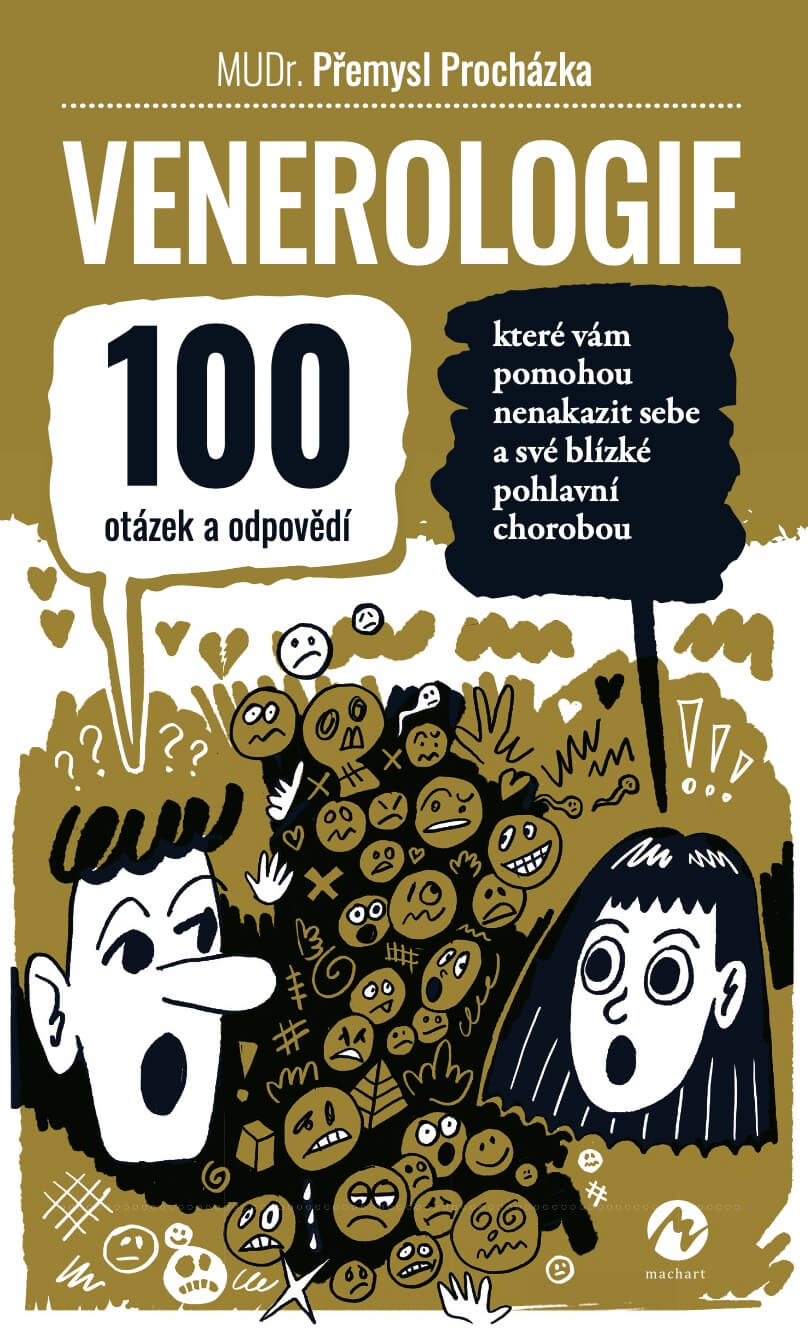