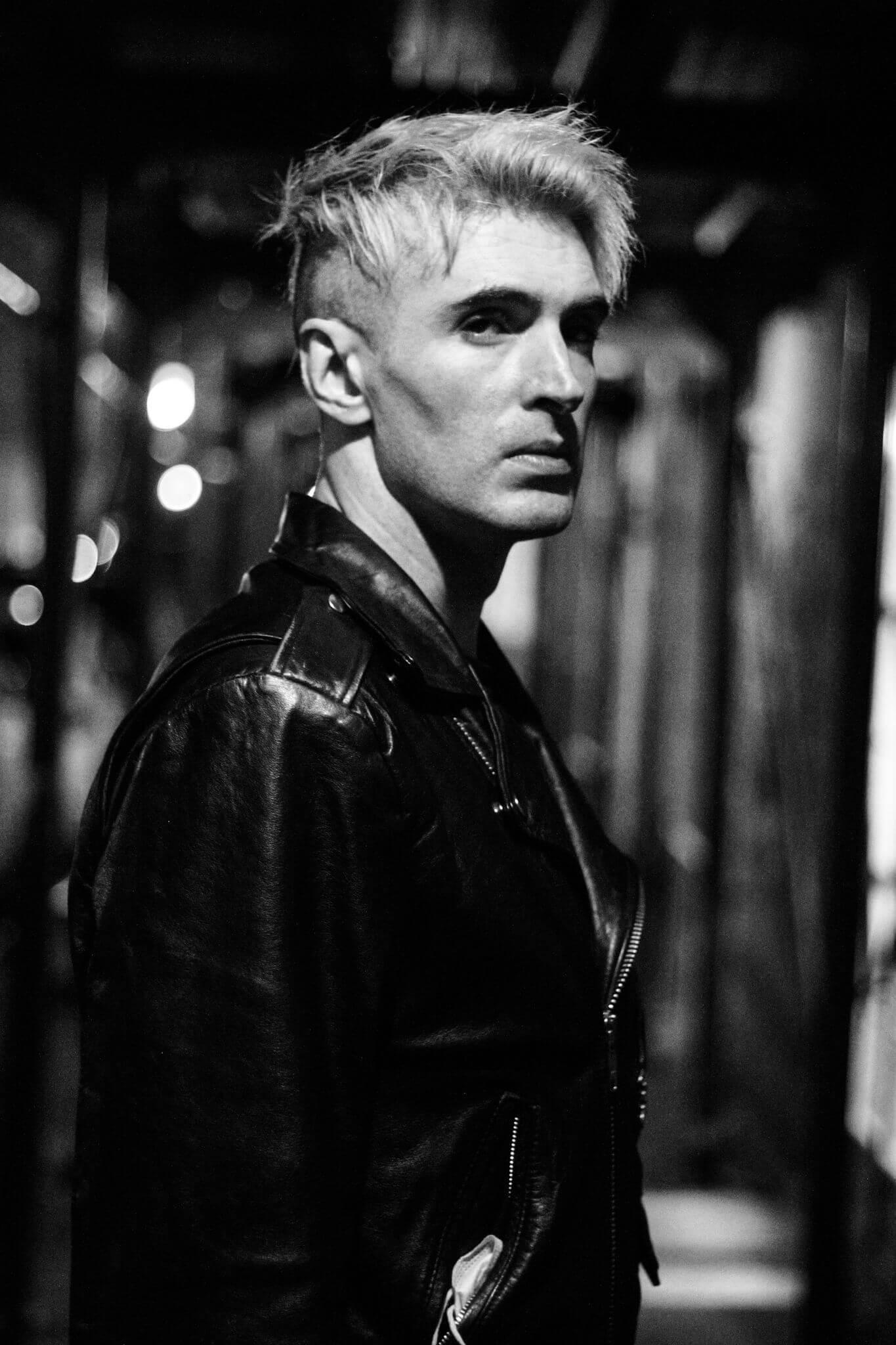 Post-punk.com is a great place for finding great music. We chatted with its founder, former alt model and concert promoter Alex Baker who currently resides in Los Angeles.

Can we have a short history of post-punk.com and maybe a quick look on the milestones of your career?

I grew up around the music industry, with my father working for most of the major labels during his 25 year career. During the 80s this was Capital Records/EMI, so I would as a child hear him come home talking about Duran Duran and David Bowie, which left me very curious about the pop music of the 80s.

He would later take me to his office at BMG (now merged with Sony), and I would see how much of the label work was done behind the scenes, as well as accounts at record stores.

Post-Punk.com began in 2004 as mostly an archive site of classic and new bands of the Post-Punk revival. With occasional new reviews here and there.

In 2012 I started the process of taking over Post-Punk.com and relaunching it, which was done in 2014. Prior to this I had been doing event promotions in NYC, at clubs like The Limelight, Pyramid, CBGB’s, Knitting Factory and more, and had also ran a print publication.

Post-Punk.com really started to pick up steam in 2016, beginning to do big interviews, and becoming the main source of song and video premieres for the post-punk, goth, and darkwaves scenes, breaking the careers of a few very popular bands.

The music is less about how well the musicians play, and more so about how the music makes you feel.

What do you love about post-punk, gothic and the other genres you cover? What makes them unique?

To answer this question truthfully, I might first need to dissect what these genres actually are.

Post-Punk and other genre labels are misleading. It all was punk to begin with, but that word had negative connotations, so in the late 70s people in the industry started calling it “New Music”, and then “The New Wave.” New-wave and post-punk were almost interchangeable terms, but at some point the synth-pop music played at The Blitz in London, and the term for the glamorous attendees The New Romantics, somewhat merged with the term New-wave…but this is all very Nebulous.

It gets even more confusing because I’d consider Front 242 as starting out as a post-punk band (managed by Annik Honore). Both Front 242 and DAF are considered forefathers of EBM, with the latter also being considered Neue Deutsche Welle.
As for Goth, there is no better way to start a debate on the internet than by trying to discuss the origins of the term in regard to music. Positive Punk, Batcave, Deathrock were all terms for a different variety of Goth music until the term became mainstream as a subculture between 1983 and 1985. Around that time Darkwave infamously was used to describe the sound of Clan of Xymox by Dj John Peel, and the term has stuck ever since, used today to describe bands like Twin Tribes, and She Past Away, and more synth oriented goth acts.

And Industrial, let’s not even go into Monte Cazazza and Industrial Music. Throbbing Gristle versus Wax Trax! etc.

I love all of this music for the passion and experimentation, but most of all of the genres stemming from punk and post-punk are about a dynamic range of emotions first and foremost, and the music is less about how well the musicians play, and more so about how the music makes you feel.

An outlet for the emotions

There seems to be quite a lot of bands that are new now and turn to post-punk for inspiration, why is it so? Does it have something to do with these times, or is it just something that has been happening for many years?

People need the cathartic outlet for their emotions that post-punk music more often than not provides. During the prosperous years of the Clinton administration in the US, post-punk music started to wane until the Bush-era post-punk revival. Is there another resurgence in tandem with the horrors of the Trump era? I can only speculate. But post-punk has its origins in the Reagan and Thatcher era, so perhaps there is something to this hypothesis.

Post-punk regardless has longevity, and some of the bigger bands in the world, The Cure, Depeche Mode, and U2 I would consider to be post-punk, and if you look at the progression of their careers, and start where they started, the creative possibilities seem to be endless, so I would imagine that would be encouraging place to start for most bands.

Also, on another note, where would modern dance music be if not for New Order and others that championed Italo Disco?

Which current post-punk bands are your faves now?

There are so many! Russian Bands like Molchat Doma, Ploho, The Glass Beads.

I could make a few articles listing bands…

How did you switch from New York to Berlin and why? What do you like about living in Berlin?

I moved to Berlin primarily because of Wim Wenders’ film Der Himmel Über Berlin, and because the German goth scene was pretty strong at the time I moved there from NYC.

But things got really techno in Berlin for a few years, so I recently decided to live part-time in Los Angeles, to be closer to the music scene here, while still going to Europe for the all of the music festivals, like Wave Gotik Treffan, Kalabalik, and more, when they hopefully reconvene post-covid.

The site has become pretty influential, is it hard to get some funding for it?

It is hard for any music site to be solvent and get funding. We do have to be creative to keep post-punk.com running.

I noticed there was some database crash recently, what happened?

We get a lot of hacking attempts, which is part and parcel of a site with daily traffic like outs. I hired a security company to protect the site from injecting code into our tables, but they were unable to provide the service at the beginning of COVID, so during an update, we were left vulnerable, and although no data was stolen, the database was rebroken, and had to be rebuilt by hand. Which was a tedious process.

To be a part of this ever growing music culture is an honor, but it is a lot of hard work.

You have a crowdfunding campaign running, tell us about it please.

We have a Patreon page, Patreon.com/postpunk, which people can go to and make monthly contributions to help us keep running the site. We also accept donations for those who request articles and make submissions, and are receiving direct donations here: post-punk.com/about/contact-us

What is great and not so great about running a website dedicated to this subculture? What are your plans with it?

To be a part of this ever growing music culture is an honor, but it is a lot of hard work, seven days a week. That being said, we have plans for several podcasts, music sessions, video content, and more now that I am in Los Angeles.

Please share articles about music as much as possible, and buy vinyl directly from bands and labels. Often Bandcamp is best place for this.

And please support and donate to Post-Punk.com.

Soft Kill: A lot of punks and hardcore kids are getting into post punk and shoegaze