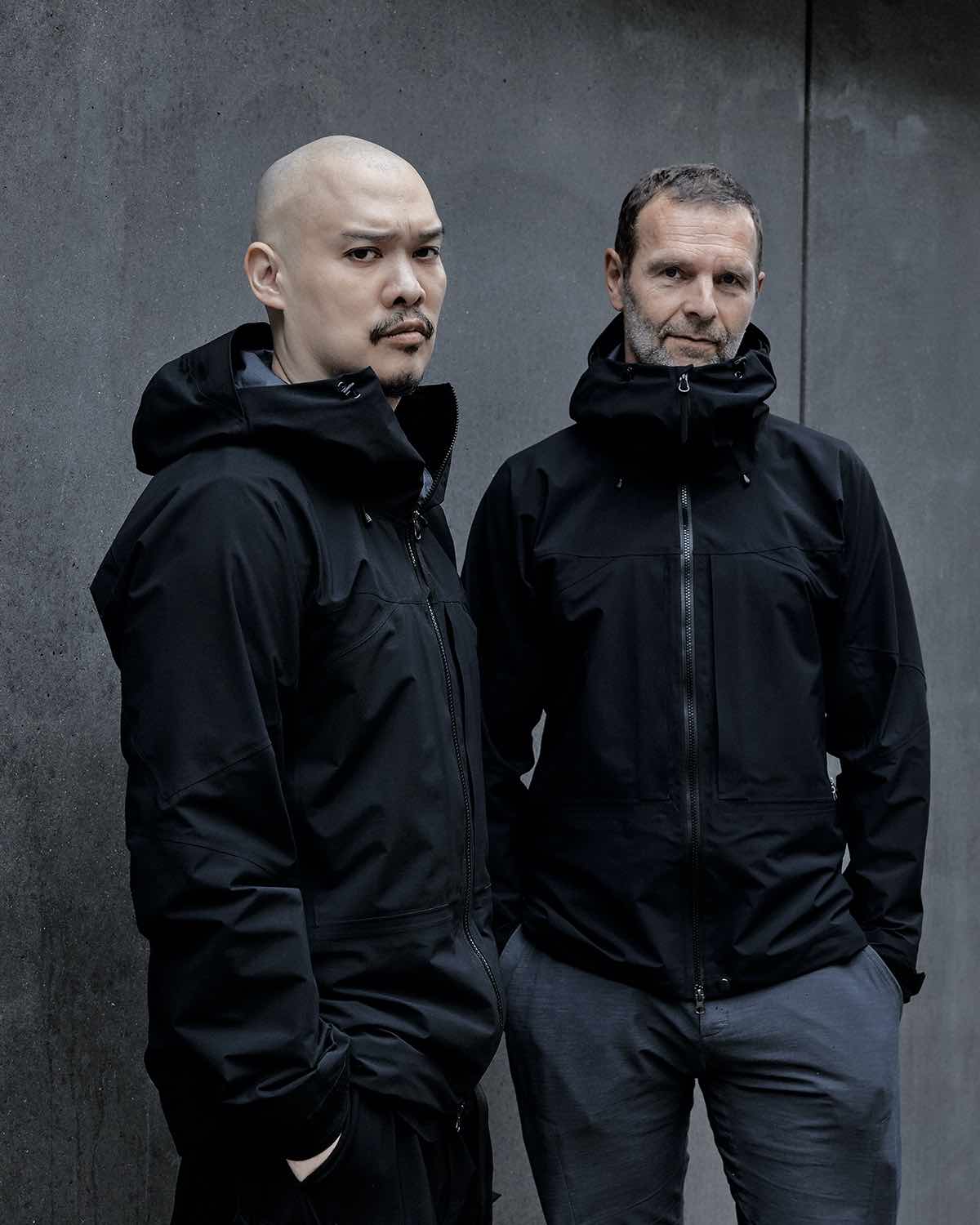 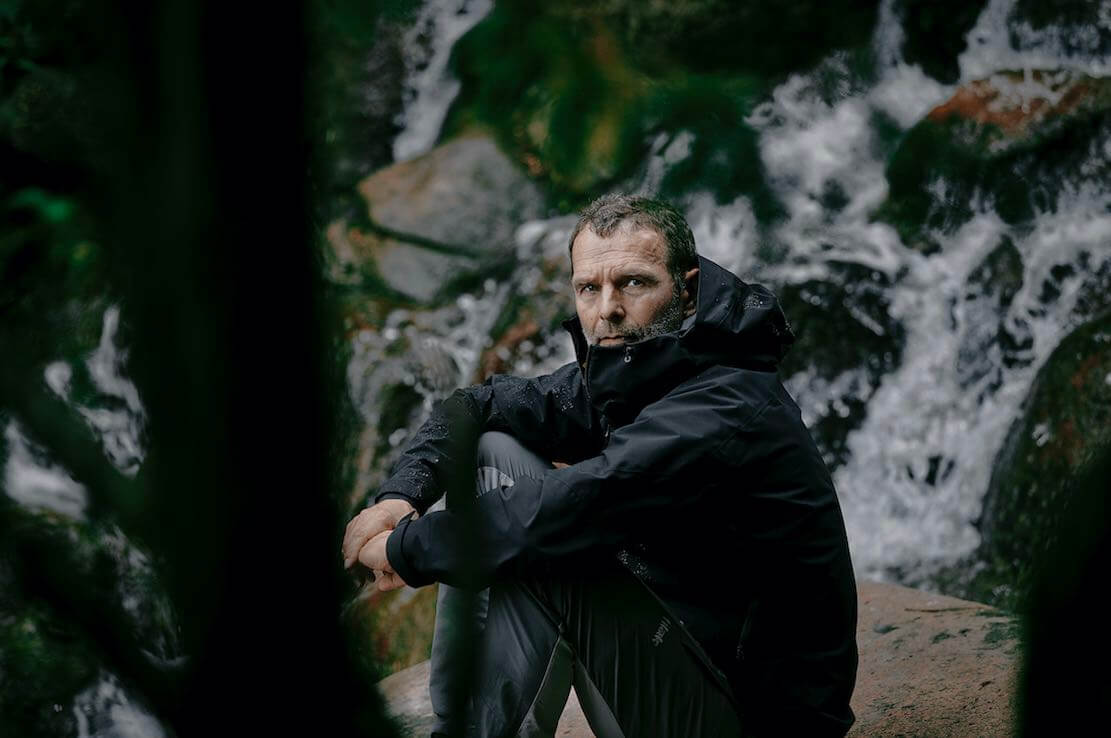 The 20th Anniversary Evolution Jacket celebrates the ongoing partnership between Tilak, ACRONYM® AND the GORE-TEX brand

The 20th Anniversary Evolution Jacket celebrates the ongoing partnership between Tilak, ACRONYM® AND the GORE-TEX brand

a partnership built on high-performance functionality and creative design innovation

The new Evolution jacket, limited to 200 pieces worldwide, is the result of the most recent team-up between premium mountaineering and outdoor experts Tilak and singular functional fashion brand ACRONYM®. Far from a one-off exercise, the 20th anniversary edition represents the fourth generation of co-created Evolution jackets, after they first began working on the style together in the year 2000.

From the first jacket they created to this most recent one, a shared ambition has remained the same: to redefine the functional possibilities of the jacket, while also stripping the design back to its most minimal and refined state. In order to achieve this, each version of the Evolution jacket has utilized the most cutting-edge GORE-TEX technologies of their day. The 20th anniversary edition, is no different: it harnesses the very latest GORE-TEX PRO technology.

Feldkirchen-Westerham, (October 15th, 2020) – The GORE-TEX brand has been redefining functionality in apparel and footwear for decades, continually raising the standards for wet weather protection and pushing the notion of ‘high performance’ to its limits. But it has also come to serve as the source of inspiration for countless brands and designers who blur the boundaries of creativity and functionality with every new collection.

Tilak and ACRONYM® represent both ends of this spectrum: Czech pioneers Tilak have been designing and manufacturing high-performance outdoors apparel with a sharply sophisticated aesthetic since the 1980s; Berlin-based ACRONYM® has carved out a cult following for itself within the fashion world, offering an instantly recognizable combination of future-facing aesthetics and tech-enabled functionality. In 2020, they are celebrating two decades of a partnership that has been bringing their distinctive yet complementary approaches together across four generations of the Evolution jacket. The relationship began when ACRONYM® went to W. L. GORE for advice on how best to manufacture their own first product. “W. L. Gore told me that there was only one factory that was capable of making what I wanted,” says ACRONYM®’s Errolson Hugh, “that was Tilak!” After that initial coming together, Tilak founder and CEO Roman Kamler then suggested that Errolson design a capsule collection for the brand.

From this came the first co-created Evolution jacket, which the two brands began working on in the year 2000. This was a new take on an ice-climbing jacket that Tilak had previously brought to market in the 1990s, given an iconic new form that would also inspire two of ACRONYM®’s own jackets. Tilak and ACRONYM® continued to refine the Tilak Evolution jacket across subsequent iterations over the years. “It is our flagship model,” says Roman. “And as such it has to meet the most stringent, functional requirements. When we designed the first one 20 years ago, the main thing was to do this while also giving it a distinctive, ‘Tilak’ look.” For the 20th anniversary version, the jacket has ‘evolved’ in a way that retains that same ambition, just as it has across every other version of the Evolution jacket. This time, there is also a particular focus on minimizing the footprint and construction. As Errolson elaborates, “it means that everything looks very simple, but in fact everything that makes it special is hidden in the details. It starts with an excellent fabric and then moves into design, freedom of movement, workmanship, coming together through hardware that makes all the difference, YKK’s water resistant Aquaguard® zippers. These five things have defined the evolution of the jacket over the past 20 years.”

For that “excellent fabric and workmanship”, Tilak and ACRONYM® turned once more to the GORE-TEX brand, and their latest GORE-TEX PRO development. The latest GORE-TEX PRO technology is offered in three types: as the most rugged, with the most stretch, or to provide the most breathability. Tilak and ACRONYM®’s Evolution jacket features the latter – it is highly breathable – combining the minimalist aesthetics and clean lines of both partners’ design language, with a level of performance that will hold up in even the most extreme conditions.

The design evolution on show also more than lives up to the jacket’s name. This starts at the top, with an innovative new hood design. “It features a hinge that allows the hood to collapse and expand around the face, depending on how it’s adjusted and tightened,” explains Roman. The hood is perhaps the most striking example of the commitment to high-performance, adjustable fit, but it is a quality that runs throughout the jacket. Its anatomical structure has steadily developed over the course of previous Evolution jackets to arrive at the amazing freedom of movement seen in the new anniversary edition.

“We don’t release a new generation until we know we can create a better one – that can take three or four years,” says Roman, explaining the patient, meticulous way the new jacket has come into being. Errolson sums it up like so: “the way we design is always about evolution, finding totally new ideas and then incrementally improving them over the years.” Ultimately, while the 20th anniversary is undoubtedly ‘new’ – harnessing the best of Tilak, the best of ACRONYM® and the best of GORE-TEX PRO – it carries with it two decades of careful learning and harmonious collaboration, fine-tuned and improved across four generations of boundary-pushing outerwear pieces.