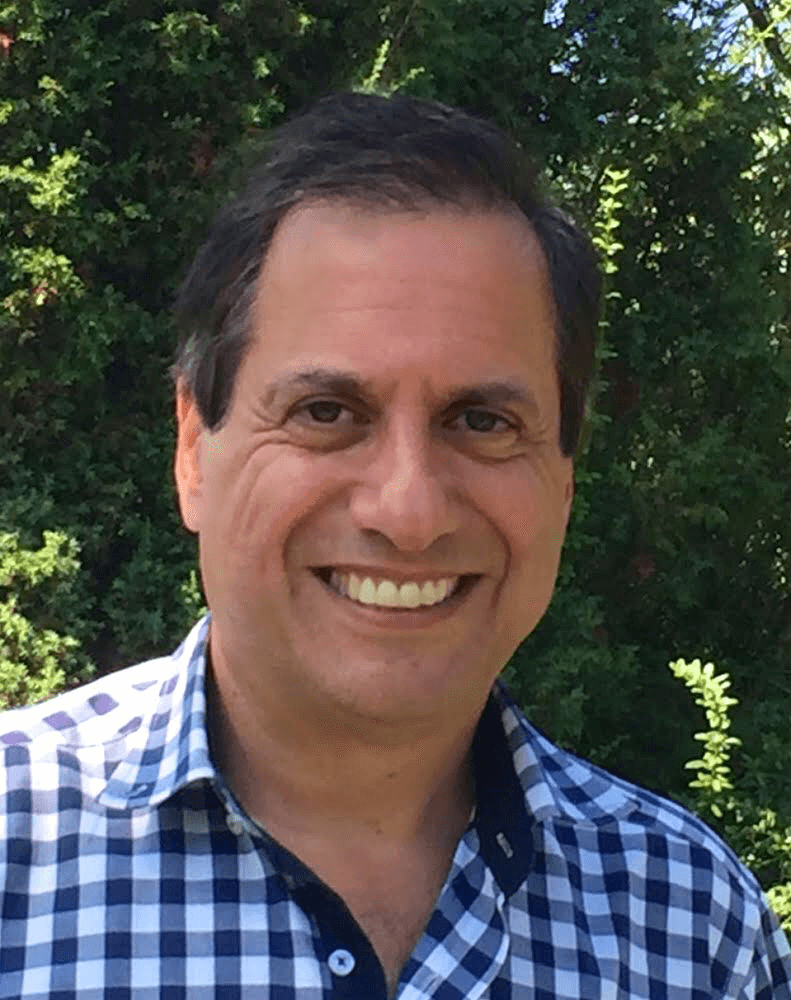 Dr Armand D’Angour is a British scholar, musician and poet. He made some rather wonderful things: Reconstructed Ancient Greek Music that used to be an enigma for ages. There was information and pictures but the actual sounds has been elusive, until now. We interviewed Dr D’Angour, who is Associate Professor of Classics at Oxford University and Fellow and Tutor in Classics at Jesus College, Oxford and also publishes and lectures on the subject of ancient Greece.

You reconstructed Greek music which is something that was elusive. The article at iflscience.com states that many failed because the terms describing the sound of that music were “complicated and unfamiliar”. I believe there have been many things complicated that people did solve before, so what is the thing that made it so difficult?. Why did W. Perret said that “That way madness lies.”?

A lot of the writing on ancient music – both by ancient and modern scholars – is very complex and technical. But music is music! The Greeks sang and enjoyed it. The surviving notation indicated that in the earliest music there were intervals pitched at less than a semitone, which would be alien to modern ears. My reconstruction of the Orestes fragment, preserved on papyrus, was a breakthrough for the project. By analysing in 2016 how those micro-intervals functioned, I restored an original tonality to the fragment, which allowed for a performance to be reconstructed, accompanied by aulos. It was also important to get the feel and tempo of the music; the text is in a metre called dochmiacs, which was agitated and brisk.

What was the thing that made you think “i must try this”?

As a classicist with particular interest in ancient Greek literature, I know that most of the poetry from Homer to Euripides was sung or involved musical accompaniment. Music was such an important dimension of ancient Greek experience, and I learned that it was lost. That turned out to be incorrect, as we not only have a lot of written evidence about musical theory but also some documents with ancient notation. From when I was young it was always a dream to find out how the music actually sounded.

The Greeks and the New

What projects did you work on before, and what are you especially proud of?

I investigated ancient Greek attitudes to novelty and innovation, and wrote a book The Greeks and the New (Cambridge 2011) that overturned the common view that ‘the Greeks didn’t like anything new’. That seemed to me an absurd iew given how innovative they were – they invented the alphabet, the theatre, money, philosophy, mathematics, democracy, and much else! All these were new things in the fifth century BC.

How did you approach this project, where did you start, what were some easier riddles to solve?

The main sources for melody are around 60 notated fragments, had been published and transcribed in Documents of Ancient Greek Music by Pöhlmann and West (2001), two great scholars of ancient music. The problem was that most fragments had large gaps, and one needs to be both a philologist and a musician to fill in those gaps.

And what was more complex or unsolvable?

A lot of the fragments remain to be reconstructed – I hope to do this over the next three years.

What musical instruments were used typically, and what is that double flute we sometimes see depicted?

The double pipe was called ‘aulos’ and was a particularly popular instrument for ancient Greeks. About 20 survive in museums in different degrees of preservation. Six have been replicated with some accuracy including the Louvre aulos. It was adopted by the Romans (as the tibia) and played for centuries. The Greeks had many other instruments, including lyres of various kinds, other stringed instruments such as harps and lutes, and a range of percussion instruments such as drums and castanets. 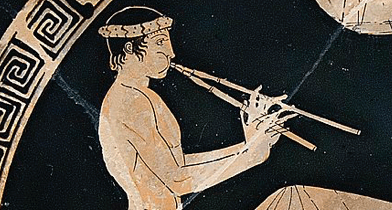 How were the Greeks singing, were there different techniques than we usually hear? Is there some music in the world that you found similar?

The ancient sources say that the Greeks liked to hear clear and penetrating voices – they didn’t have electronic amplification after all. Many of their songs were sung in choruses of between 15 and 50 men or boys; there were also women’s choruses that we hear about.

Did you do this all alone or was there a team?

I worked with a large team of collaborators from Oxford and elsewhere – experts in the instruments, the sounds of Greek, and the performance of ancient music. My own particular expertise is in ancient rhythm and metre. 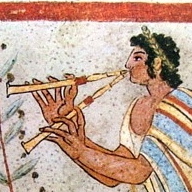 Another depiction of the aulos.

You also write poetry and compose odes, what is this like, and what are some themes you deal with?

I was commissioned to produce ancient Greek odes for the Olympic Games in 2004 (Athens) and 2012 (London). These were based on ancient victory odes by Pindar, which praised the athletes who competed in ancient Games and also praised their cities.

The ancient languages and the poetry that stays

How do you work with language, and do/did you study many ancient languages to be able to work on projects like these?

I studied Latin from the age of 5 and ancient Greek from the age of 7. It is important to know the ancient languages well to understand the texts and culture of ancient peoples.

What do you love about the ancient Greeks (and what do you dislike?) and what could we learn from them, today?

The literature of the Greeks is unsurpassed – from Homer to tragedy to lyric poetry. It stays with the student for ever, and enriches one’s life and thinking. Their philosophy is also a never-ending source of fascination and wisdom.

What are your plans for the coming months or years?

I have just written a book called Socrates in Love: The Making of a Philosopher which will be published in March 2019. It provides a completely new understanding of the philosopher’s life and how he developed his thought – and I recover from ancient sources the figure of a very important influence on his thinking, the woman Aspasia of Miletus. I think the discovery will be considered something of a sensation by historians of ancient philosophy and culture. Of course some will be disapproving, but I think and hope many will love what I have discovered – perhaps women most of all. 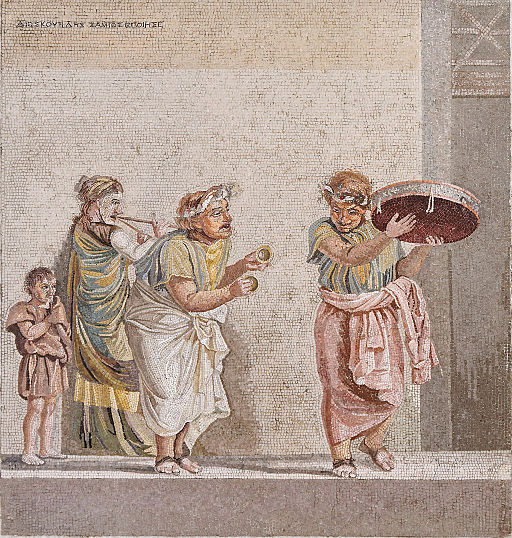