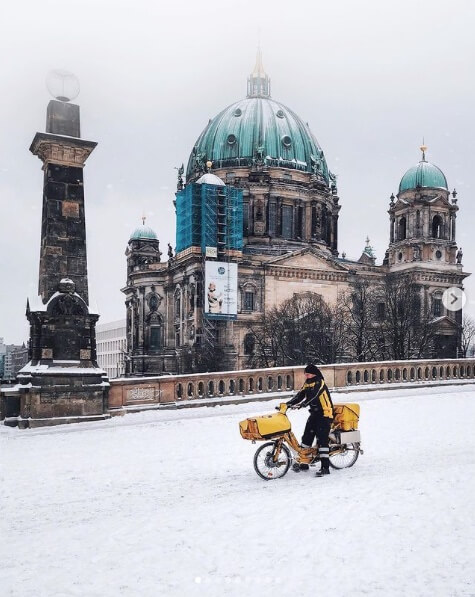 Konrad Langer calls himself “a city explorer, working with photography”. 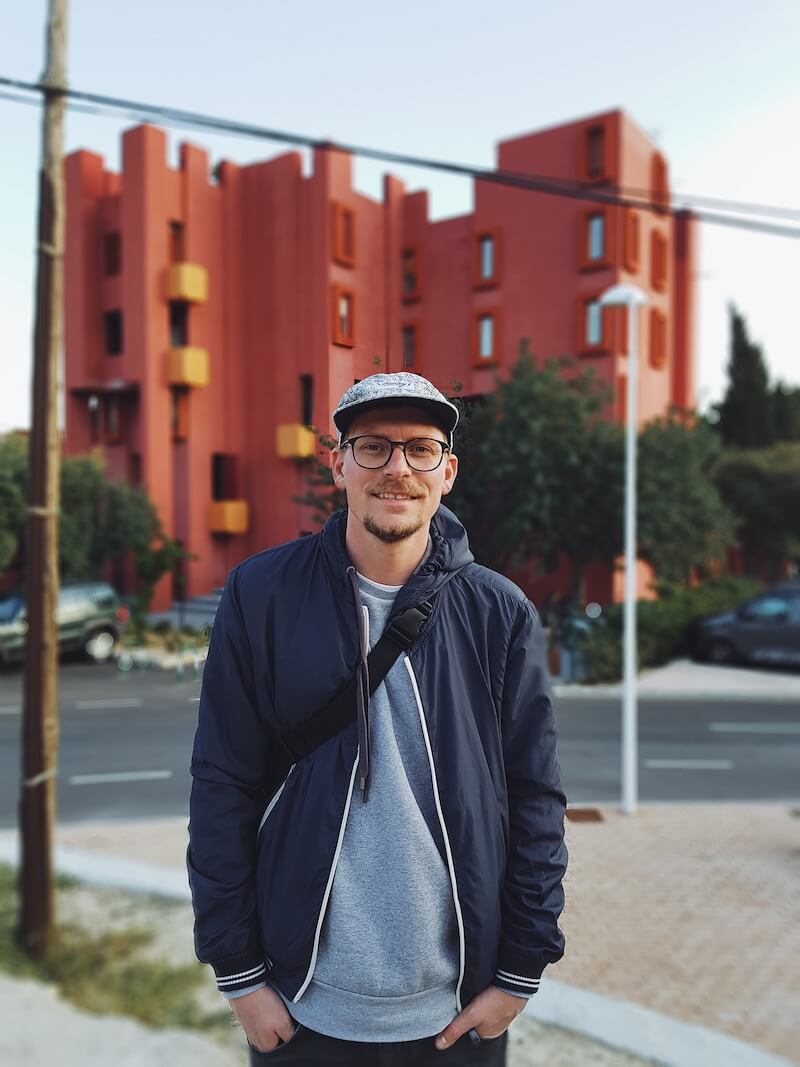 He is bringing his audience beautiful photos of Berlin. We chatted about them, and about working as a freelancer in the times of lockdown.

You used to be in marketing/advertising before moving on to be a freelance photographer. What moved you, and has it been a smooth journey?

I was already active in photography and on Instagram during the time I worked at a digital marketing agency. Basically my job there involved photography management and a bit of photography curation too. While I was working there I’ve received a lot of enquiries for my personal Instagram account from brands that wanted to work with me, so I kind of had two jobs for a while. In 2018 I decided to go completely freelance and left the agency employment behind. 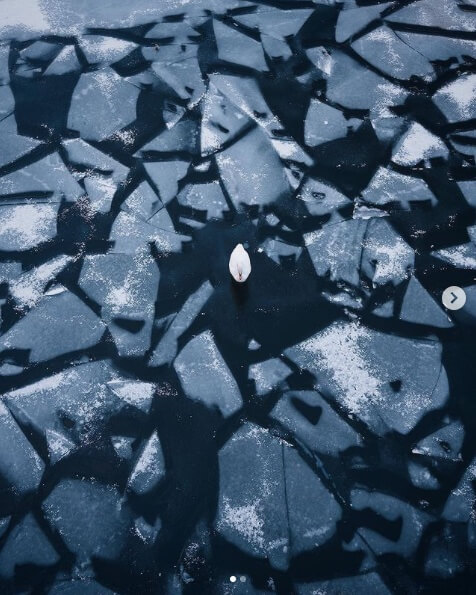 You work for big name clients such as Lufthansa for their social media presence, how does this usually work?

Usually I get approached by companies or their agencies to be part of some Instagram campaigns. That sometimes is only content production for their accounts but often it includes me posting images that I take according to a briefing.

In the last years I’ve worked together with many brands, some even with a long-term partnership, which is very rewarding for me as a freelancer.

Are you a Berliner by choice / were you born there?

I was actually born in Cottbus – a city only one hour south of Berlin. So in my teenager days I’ve visited Berlin quite often for shopping, sightseeing or sports. I finally moved to Berlin in 2011 and could explore the city even more since then.

Has this previous type of work influenced your visual perspective?

For sure I learnt a lot about the business around Social Media and how to deal with big clients and their expectations, but not so much for my photography in general.

What is living in Berlin like now in lockdown? Has the atmosphere changed a lot / does this maybe depend on whether you are in Kreuzberg or in Potsdamer Platz?

The atmosphere changed a lot in the first lockdown in March/April 2020 – these were the days when the whole city was super quiet and people really stayed at home. I took some remarkable photos in empty train stations back then.

Now, one year later the shops, cultural venues and restaurants are again closed but people are still outside on the streets. Parks and strips nearby the river are even more crowded than before Covid. Only the touristic spots in Berlin remain quite empty, as hotels still don’t accept tourist visitors.

For me I miss traveling the most, either if it’s for my personal experience or paid photography jobs.

Who are your favourite painters, photographers or other visual artists?

I get inspired by urban artists a lot, especially the big muralists like Herakut, Tavar Zawacki, ROA, JR or the 1UP Crew from Berlin.

In classic photography I am a big fan of Andreas Gursky, Michael Wolf or Fan Ho.

Of course as an architecture photographer I get also inspired by the designs and ideas of great architects, such as Ricardo Bofill, Santiago Calatrava, Zaha Hadid, Frank Gehry or Hans Scharoun, just to name a few. 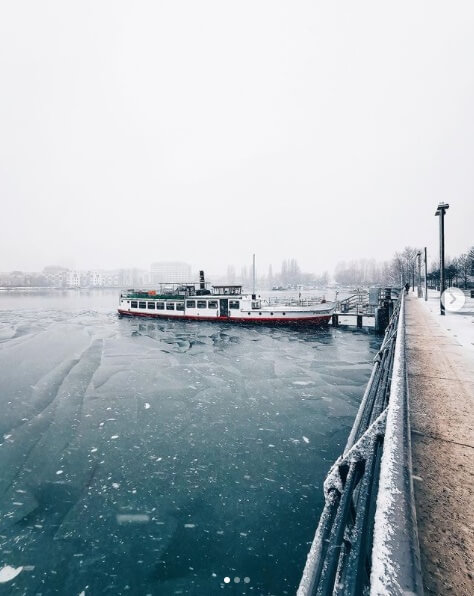 You took a series of beautiful pictures of Berlin after it snowed, what was that like?

The last three years it didn’t really snow in Berlin, so I was super hyped that finally this winter we had a week of ice cold weather and a decent amount of snowfall. The city just looks so different when it’s covered in white. A lot of places that are normally too noisy to be photographed really look minimalistic and nice after it snowed. I also like the melancholic but friendly vibe after a sudden snowfall in the city.

Is there something good about the lockdown/covid situation for you?

In the first months it kinda helped me to cut back from the hustle and buzzle that I was in before, I kinda enjoyed being at home for a while. Spring and summer in Berlin was still nice, I found the time to work on my professional website and also organized a photo exhibition together with three friends.

These things I wouldn’t have managed to do, if  was traveling for other jobs for example. Now it really seems like a never-ending story the whole shutdown situation – that kinda bothers me, but I really don’t want to complain about it in general. I am still well off and healthy, so everything is ok.

What are you plans for the coming months?

Hopefully do some traveling again, explore at least one or two new places this year, that would be very nice. Other than that I don’t have any specific plan.