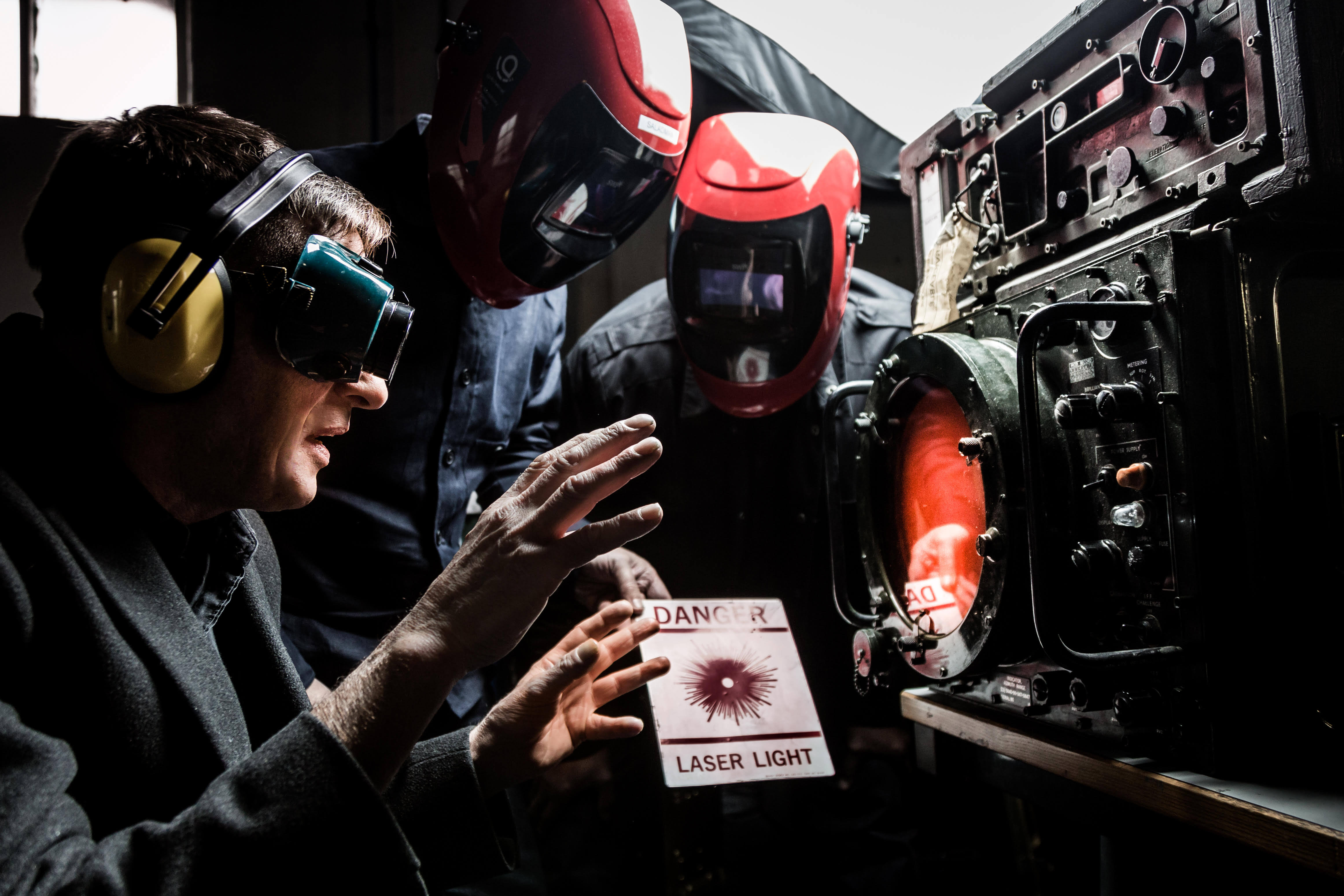 photo: PIAS
A CERTAIN RATIO have shared their first new music since 2008’s Mind Made Up and announce the release of acr:set, a career spanning compilation released on coloured double vinyl, CD and digitally on 12 October 2018.
‘Dirty Boy’ is a classic slice of A Certain Ratio pop funk and features the voice of Tony Wilson preparing the band for ‘The Fox’ recording session in his own inimitable fashion, plus vocals from Barry Adamson, who returns a favour to the band after they reworked 2017’s ‘I Got Clothes’. Listen to the track here: http://smarturl.it/ACR-SET
The two new tracks, ‘Dirty Boy’ and ‘Make It Happen’ were recorded at Oxygene in Manchester, and both appear on the new best of compilation, acr:set. The album is made up of tracks that feature in the band’s incendiary live show (hence the title), and includes rare 7” and 12” mixes alongside the two new recordings and sleeve notes by DJ and writer Dave Haslam.
A Certain Ratio, known for their carnival atmosphere live performances have been playing blistering shows throughout 2017 and 2018, recent sold out dates have included London and Brighton (with Sink Ya Teeth, who recently released their debut album) and Hebden Bridge (with Andrew Weatherall). Forthcoming dates have been announced, and will be followed by 40th anniversary shows next year.
A CERTAIN RATIO UK TOUR
7 September – Portmerion Festival No 6
8 September – Birmingham Shiiine Festival
15 Sept – Dublin The Sugar Club
22 Sept – Helsinki Aaniwalli
29 Sept – Edinburgh Voodoo Rooms
24 Nov – Manchester Gorilla w/ Sink Ya Teeth
1 Dec – Clitheroe The Grand
A Certain Ratio are supporters of Artists Against Hunger and will donate £1 for each ticket sold in 2018. For further details, please go to: http://againsthunger.uk/acr
ACR live is Jez Kerr, Donald Johnson, Martin Moscrop, Denise Johnson, Tony Quigley and recent addition on keyboards, Matt Steele, who has adapted to the ACR groove seamlessly.
A Certain Ratio embraced the ethic and culture of the late seventies post-punk explosion, but sounded like nothing else around them and refused to fit in. Formed in Manchester in 1978, the band has had various members throughout their career, with a core line-up of Jez Kerr, Martin Moscrop and Donald Johnson that remains today.
An influence on generations of musicians – from LCD Soundsystem, Happy Mondays, Franz Ferdinand, ESG, Factory Floor, Sink Ya Teeth and Andrew Weatherall – the band’s involvement in cultural touchpoints is sometimes unexpected: a recent exhibition centred on Stockport’s Strawberry Studios uncovered the tape box, but not the tapes, from a recording session with Grace Jones back in 1980 and Madonna’s live debut was supporting A Certain Ratio at the infamous Danceteria in New York in 1982 (where she was working as a hatcheck girl), and sometimes expected, given the unique time and place that they formed – Manchester in 1978, one of the first acts to sign to the newly formed Factory Records.
The band released their first, Martin Hannett produced, single for Factory in 1979 and went on to be hailed universally as pioneers of what became known as “punk funk” thanks to the success of their second single, ‘Shack Up’, on both sides of the Atlantic.
Five albums were released on Factory – The Graveyard and the Ballroom (1979), To Each…(1981), Sextet (1982), I’d Like To See You Again (1982) and Force (1986). Following the release of Force, the band moved to A&M for two releases – Good Together (1989) and acr:mcr (1990) and, after the leaving the major, released Up In Downsville (1992) and Change the Station (1997) on Robs Records, the label set up by New Order’s manager and Factory’s director, Rob Gretton, an important catalyst in the Manchester scene.
Their sound is not easily pigeon holed and their influence can never be understated. The band introduced the avant-garde elements of funk, jazz, electronics, tape loops and technology to the pop song, wrapping it in a post punk aesthetic, adding great clothes and the coolest haircuts.
ACR:SET TRACKLISTING
Do The Du (Casse) (1979)
Wild Party – 12” version (1985)
Flight – 12” version (1980)
And Then Again – 12” version (1980)
Forced Laugh (1981)
Wonder Y (1992)
Mickey Way (12” version, 1986)
27 Forever – 7” version (1991)
Won’t Stop Loving You – Bernard Sumner mix (1990)
Good Together – 12” version (1990)
Be What You Wanna Be – 12” version (1990)
Shack Up – 7” version (1980)
The Fox – US 12” version (1980)
Knife Slits Water – 7” version (1982)
Si Firmir O Grido (1986)
Dirty Boy Extended – featuring Barry Adamson (2018)
Make It Happen (2018)
Back sharing a label with Factory label-mates New Order, A Certain Ratio’s collaboration with Mute has seen their full studio album catalogue made available again ahead of this introductory style compilation, tying up loose ends of the band’s history before next year’s 40th anniversary, when a new box set of rare and unreleased material will see the light of day.
The Guardian’s Dave Simpson paid tribute to the band, once described as “James Brown on acid” in a recent Cult Heroes piece: “Once you start listening to A Certain Ratio, it’s difficult to stop”.
Follow A Certain Ratio on Spotify:
https://open.spotify.com/artist/2vygNfdnPBXah21ZrqhxYk
Pre-order acr:set: http://smarturl.it/ACR-SET