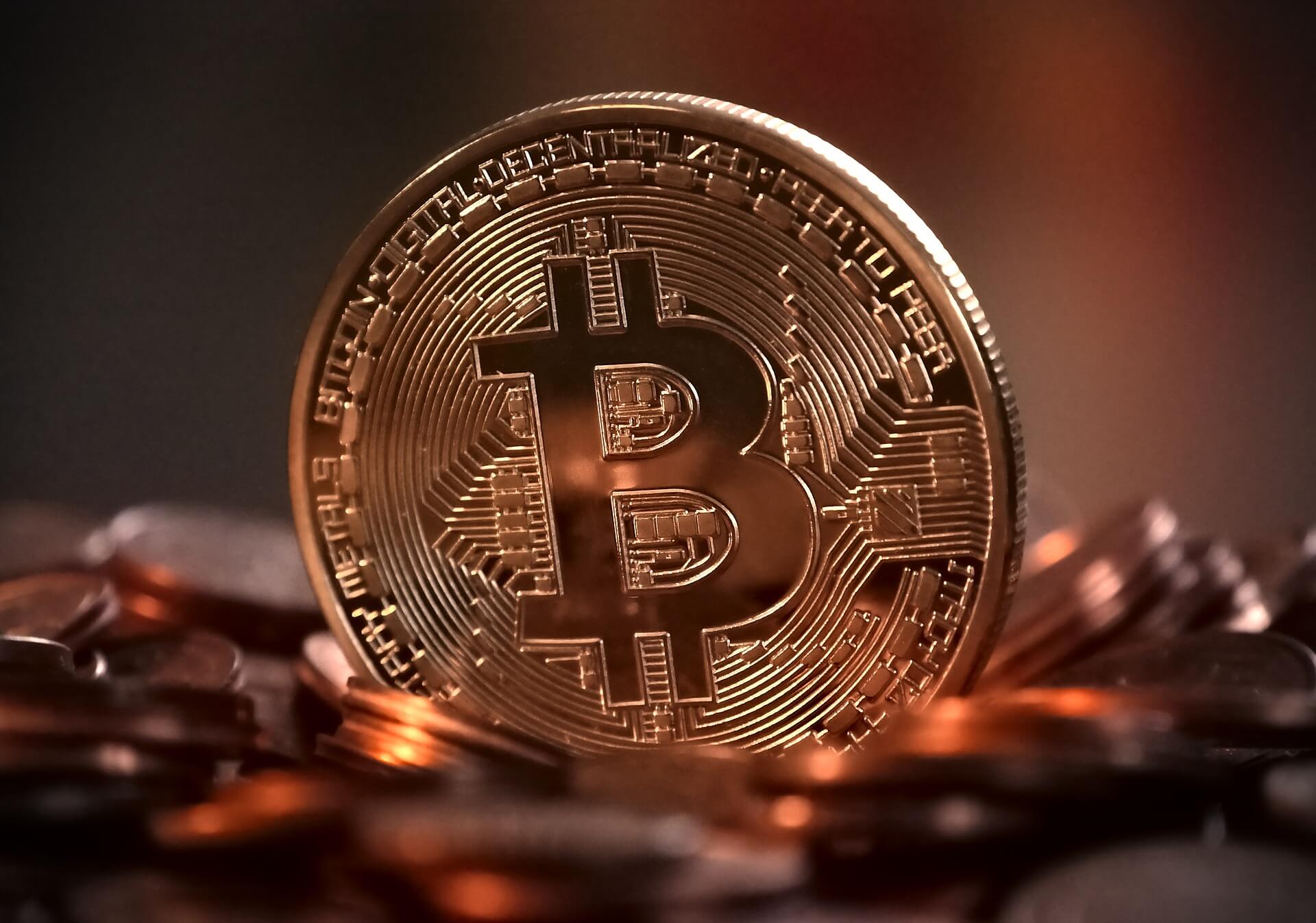 Many of the world’s poorest poor don’t have access to a bank account and yet depend on being able to transfer money across borders. Could digital currency help, ask researchers at the Cambridge Centre for Alternative Finance. 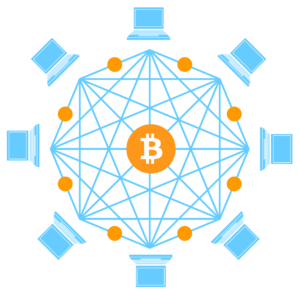 ‘Cryptocurrency’ is a form of finance that exists only online. Unlike national currencies like the British pound, it isn’t forged as coins or printed as notes and no central authority governs it.

Most often it’s associated with an eclectic mix of individuals: gamers, hackers and the tech-savvy; anti-authority libertarians who believe in a global currency; gamblers happy to speculate on ‘digital gold’; shady dealers, money launderers, users of adult content services and the dark web; forward-thinking members of the financial sector.

But it has also been looked at as one possible solution to help a very different demographic – the world’s poorest poor, the so-called bottom billion. Many in this demographic lack bank accounts, have difficulty in proving they own their own land or business, and frequently depend on sending or receiving money across borders to poorer relatives.

In fact only one in five adults living on less than $2 per day has a bank account, and nearly 80% of poor adults, or two billion people, are excluded from the formal financial system. Meanwhile, the World Bank estimates that 75% of the $581.6 billion global remittances in 2015 were sent to developing countries.

But how can cryptocurrencies help? Since its launch in 2009, bitcoin, the most well known of digital currencies, has had a chequered history. Issues with market volatility, security and regulation, together with its association with online black markets like the now defunct Silk Road, have created suspicion among citizens and policymakers alike.

And yet, a recent headline in Wired stated: “Thought bitcoin was dead? 2016 is the year it goes big”; the reason, they explained, is it can “provide a much cheaper and simpler way of moving money from place to place, particularly when you’re a consumer or business moving it across international borders or a retailer accepting payments from online buyers.” 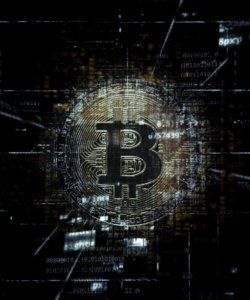 Dr Garrick Hileman, who researches the impact of cryptocurrency on world finance at the Cambridge Centre for Alternative Finance, adds: “And it’s not just transfer fees. Conventional financial systems can suffer from slow transfer times, inconvenient hours for completion of transfers, limited access to transfers, and the failure of approximately 2% of all international transfers to be successfully completed. These all negatively impact remittances.”

He and colleagues have been looking at which markets and countries are the most likely to adopt cryptocurrencies based on 40 different factors, ranging from degree of technology penetration to cross-border transactions fees to history of financial crises and inflation. The results indicate that Sub-Saharan Africa, Latin America and former-Soviet Union countries have the greatest potential for adopting cryptocurrency.

“Cryptocurrency is an immature technology and is not without flaws. However, as with any new technology, it’s the applications that have ignited interest – it’s raised important questions about how cross-border payments can be improved and, wider still, whether the very special type of ledger system that underpins cryptocurrency can be used for any number of other areas.”

At the heart of bitcoin is the ‘blockchain’, a database that records all transactions chronologically through a unique series of numbers arranged in ‘blocks’, which are then ‘chained’ to the next block cryptographically, so as to be both secure and accurate. This linking of information makes them like a financial ledger, but unlike centralised banking systems, the blockchain is a database that can be stored and shared worldwide by anyone with a computing device and internet connection – hence its description as a distributed ledger technology (DLT).

Part of the promise of cryptocurrency lies in the absence of a gatekeeper in its set-up, as Hileman explains: “Transactions occur person to person, or machine to machine, without the need for third party institutions – and that means lower or no transaction fees.”

“For the seven years bitcoin has been operating, there hasn’t been a single minute of downtime, unlike traditional IT networks employed by banks and other institutions. This resiliency has people’s attention,” says Hileman. “And currency is not the only thing that DLT can be used for. It can be used to exchange anything that has value – stocks, houses, airline miles, notarisations, votes.”

This year, the Government Office of Science published a report in which Chief Scientific Advisor Professor Sir Mark Walport described distributed ledgers as “powerful, disruptive innovations that could transform the delivery of public and private services” and “provide new ways of assuring ownership and provenance for goods and intellectual property.”

One of the recommendations was for the UK research community to ensure that distributed ledgers are scalable and secure. The report added that the Alan Turing Institute – a joint venture by the universities of Cambridge, Edinburgh, Oxford, University College London, Warwick and the Engineering and Physical Sciences Research Council – would help to support these endeavours.

“We probably have yet to see the full extent of future uses of distributed ledgers,” adds Hileman. “However, our research has shown that cross-border transactions are viewed as one of the most promising applications of distributed ledger tech, due to the high transaction fees, technical interoperability issues, complex and conflicting regulatory frameworks, and legacy equipment and processes associated with existing systems.”

To realise this potential, he says, there are problems that need to be solved for customers in developing countries: “people know they are being stung by transaction fees but are still reluctant to switch for a wide range of reasons.”

“It could even be that banks themselves adopt the technology, and yet still enable its distributed peer-to-peer set-up, offering it as a separate service to their traditional monetary services. In other words, customers may never know their transactions are happening on a blockchain,” he adds.

Bitcoin has had a volatile exchange rate and Hileman concedes that it’s too early to know whether regulatory measures will help shield customers from this and other risks, or reduce money laundering and financial crimes committed with bitcoin. In the meantime, the Centre’s work on benchmarking cryptocurrency and blockchain activity will provide useful data for policymakers and other stakeholders keeping an eye on the technology.

“More than $430 billion was sent in remittances to developing countries in 2015, mostly to India, but also China, Mexico and Nigeria,” says Hileman. “The costs of these transactions – which can average as high as 12% in Sub-Saharan Africa – hit the poor the hardest. Technological advances like cryptocurrency and distributed ledgers may offer a solution.

“It would be surprising to me if in 30 years from now we aren’t looking back and saying yes this was a watershed moment for financial inclusion, and that cryptocurrency and distributed ledgers played a significant role in opening up access to the financial system in developing economies.”

Stephen Hawking’s PhD thesis, ‘Properties of expanding universes’, has been made freely available to anyone,…