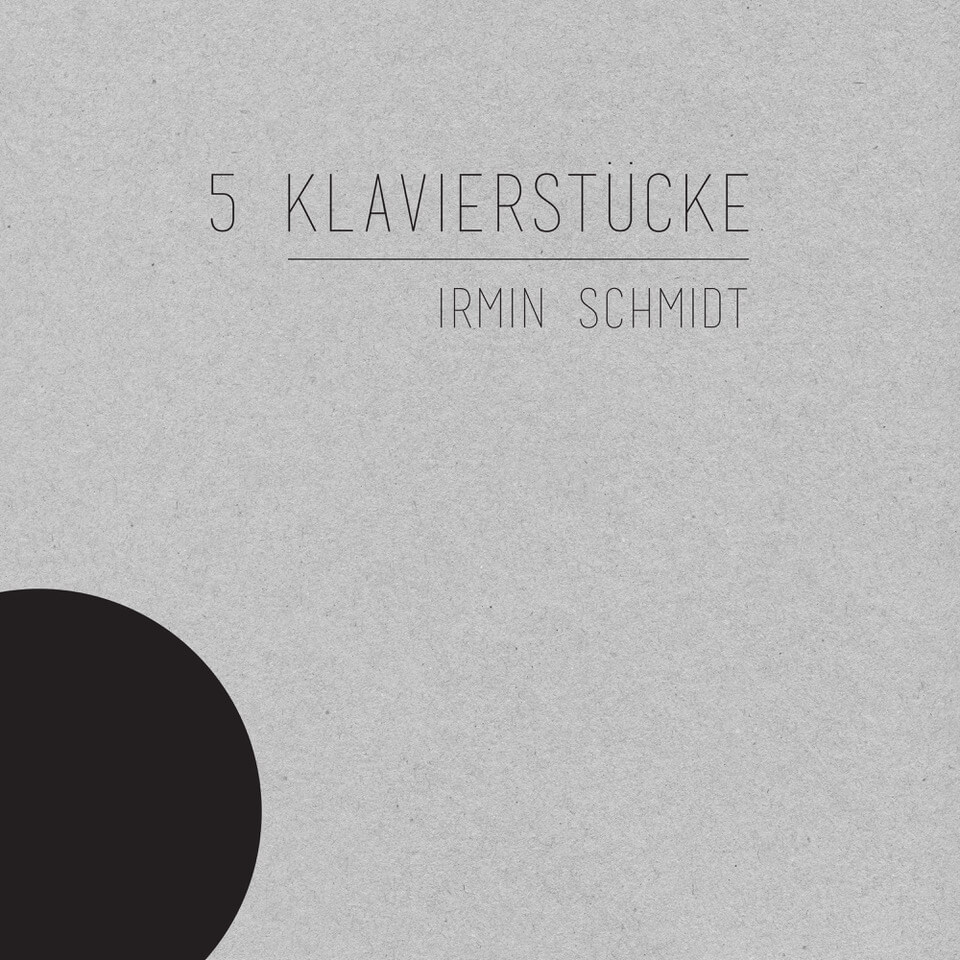 IRMIN SCHMIDT has announced 5 Klavierstücke, an album of five piano pieces recorded last year by the influential composer, musician and founder of Can. 5 Klavierstücke is out on Mute in conjunction with Spoon Records on 16 November 2018 on vinyl, CD and digitally and the release coincides with events centered around his works later this year including the International Film Festival Braunschweig and the Volksbühne Berlin.
Irmin Schmidt explains, “The tracks are spontaneous meditations, only played once and recorded simultaneously – no edits or corrections. They are formed from an emotional memory in which Schubert, Cage, Japan (Gagaku) and Can are equally present.”

5 Klavierstücke, was recorded and produced by Gareth Jones in the South of France on Irmin Schmidt’s two grand pianos. Schmidt partly prepared his Pleyel piano, in the way he was taught by John Cage himself, and the other piano – Irmin Schmidt’s 100-year-old Steinway – remained unprepared. Several pieces were recorded in one session on the prepared piano only, others contain recordings from both pianos. All ambient sounds were recorded on site – around Irmin Schmidt’s studio – and there are no other instruments or electronics of any kind.

As a composer and as one of Can’s founding members, Irmin Schmidt has scored more than one hundred soundtracks. Outside of his work with Can, he has released over a dozen solo albums and written an opera, Gormenghast, based on the novels of Mervyn Peake. In 2015, he was made a Chevalier de l’Ordre des Arts et des Lettres for his contribution to art and culture, one of France’s highest honours, and in 2018 Faber Social published Can – All Gates Open, a two part book – the first section is Can’s biography, written by Rob Young, and the second section is Can Kiosk, a collage of diary entries and interviews edited and written by Irmin Schmidt.

The work of Irmin Schmidt will be a large part of the International Film Festival Braunschweig this autumn, with events including a retrospective of his work for film. Schmidt will also present two new compositions for orchestra he wrote in collaboration with Gregor Schwellenbach: Can Dialog – featuring motifs from Can, which premiered at the Barbican in 2017 – and the suite Filmmusiken – an orchestration of several of Schmidt’s soundtracks. Irmin will conduct the Staatsorchester Braunschweig for the premiere of Filmmusiken at the Film Festival in November and this will be the first time that Can Dialog has been presented outside of London.

Later this year the Volksbühne in Berlin will honour Can’s work with a performance of Can Dialog and Filmmusiken. Irmin Schmidt will be conducting the Deutsche Filmorchester Babelsberg followed by a Can Tribute concert curated by Jochen Arbeit (Einstürzende Neubauten) and the Babylon Cinema in Berlin will be screening a retrospective of Schmidt’s film work with a Q&A through the week.

This is Irmin Schmidt’s first solo release since Electro Violet – a collection of his entire solo work – in 2015.