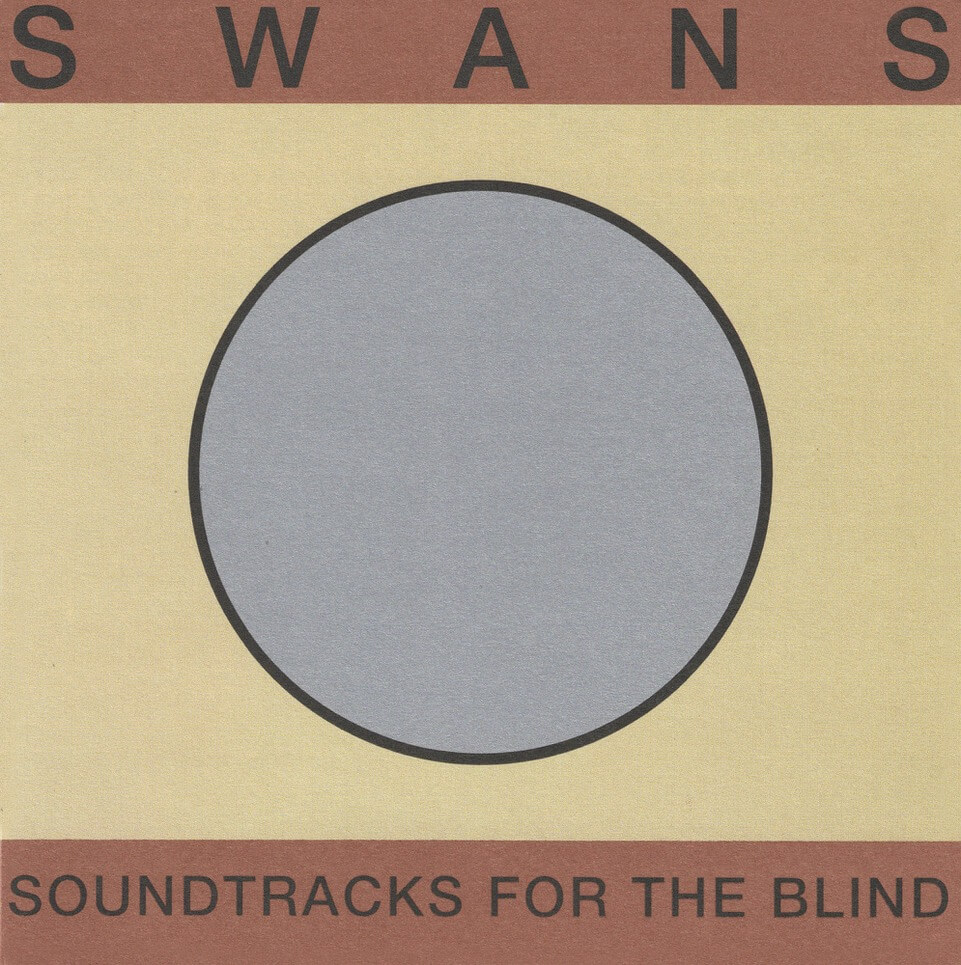 SWANS
SOUNDTRACKS FOR THE BLIND
1996 RELEASE AVAILABLE FOR THE FIRST TIME ON VINYL
OUT 20 JULY 2018
SWANS Soundtracks for the Blind – originally released in 1996, and the band’s last studio album prior to their 2010 reformation – will be released for the first time on vinyl by Mute / Young God Records on 20 July 2018.
Much requested by Swans fans, the vinyl package will consist of four LPs in jackets enclosed in a box with a poster, insert and digital copy. The box set will be a limited edition of 4,000 copies worldwide and, once sold out, will be followed by a gatefold LP version. Soundtracks for the Blind will also be reissued on CD featuring a repackage of the original digipak for the 1996 Atavistic release plus a bonus disc of the contemporaneous Die Tür Ist Zu EP (a German language version of some of the material from Soundtracks that also includes unique material) recently released for the first time on vinyl in the USA for Record Store Day 2018. Outside of the US, the Die Tür Ist Zu EP will be released as a limited edition companion piece double vinyl set, also on 20 July.
“This album has everything in there – all the ideas from Swans’ initial 15 years of work.  There’s some contemporary recordings of the band as it existed in ‘96/7, with Larry Mullins on drums/percussion, Jarboe singing and playing keyboards, Vudi playing electric guitar, and Joe Goldring playing bass and electric guitar, and me singing and playing electric and acoustic guitar, but there’s also a huge amount of sounds and recordings that Jarboe and I collected over the years. These are reassembled, looped, mangled, and in many cases overdubbed upon to create new pieces of music… I really set my own trap, dug my own grave on this one. There was SO MUCH material to deal with, to sift through (whole trunks full of decomposing, moldy cassettes and discs with samples and sounds), and the task of making it into something coherent was at times debilitating. Really like climbing up a mountain of sand. I don’t remember why I set this goal for myself, to somehow incorporate such a ridiculously disparate amount of material. I think maybe it was so I could justify throwing all that crap into the local dump, which is what I did when I finished the album.  But in the end, after centuries of picking at this huge iceberg of material with a toothpick, my trusty engineer Chris Griffin and I managed to sculpt something out of it. It actually breathes, seems to live, in most places I think. … When I decided to reform Swans in 2010 Soundtracks was what I referred to as a starting point” –
Michael Gira / Swans 2018
Michael Gira has also announced a short West Coast run of solo acoustic dates this autumn. Support on all dates will be Swans guitarist Norman Westberg. Dates are as follows:
27 Sep – Los Angeles, CA – Regent Theater (Fully Seated)
29 Sep – Berkeley, CA – The UC Theatre (Partially Seated)
4 Oct – Portland, OR – Old Church Concert Hall (Fully Seated)
5 Oct – Seattle, CA – Columbia City Theater (Partially Seated)
NYC show to be confirmed soon
“Now that this last phase of Swans is over, I’m not quite sure it actually happened. It’s already fading, like most things. I think we achieved something there though, and it was good after shows to go out and meet people and get a sense of how the music has affected them, either that night or through the years. I’m always touched when I hear the music has had a salutary effect on someone, since it’s had the same effect on me – which is why I do it. So, even if the details are increasingly hazy, I feel we’ve left something positive behind, and perhaps contributed something worthwhile.
Now, as is natural, I’m looking towards what comes next. I’m currently writing new material for the next phase of Swans, some of which I’ll perform on my upcoming solo tours. Sitting there alone on stage with a dead piece of wood and some wires and just my voice is a challenge I set for myself a number of years ago, trying to fully inhabit the same thread that’s run through the music all along, with the simplest of means. I think I’ve gotten pretty good at it over time. I play the guitar my own way. I’ve never really learned how to play it conventionally and I don’t care to do so. I could just as easily be hitting two rocks together. It provides a context for the voice and words, and just as in the music of Swans, when all the elements (known and unknowable) combine, it can lead to something beyond itself, which is always the place I’d like to go: somewhere else. I hope to see you there.”
– Michael Gira / Swans 2018
Finally, on 26 June 2018 Jawbone Press will publish Nick Soulsby’s Swans oral biography Swans: Sacrifice and Transcendence, An Oral History described as the definitive companion to one of the most acclaimed bands of recent decades, drawing on more than 125 original interviews with Michael Gira and a wide array of Swans collaborators and associates, friends, family members, and more. Nick Soulsby is the author of Thurston Moore: We Sing A New Language (2017), Cobain On Cobain: Interviews & Encounters (2016), I Found My Friends: The Oral History Of Nirvana (2015) and Dark Slivers: Seeing Nirvana In The Shards Of Incesticide (2012).