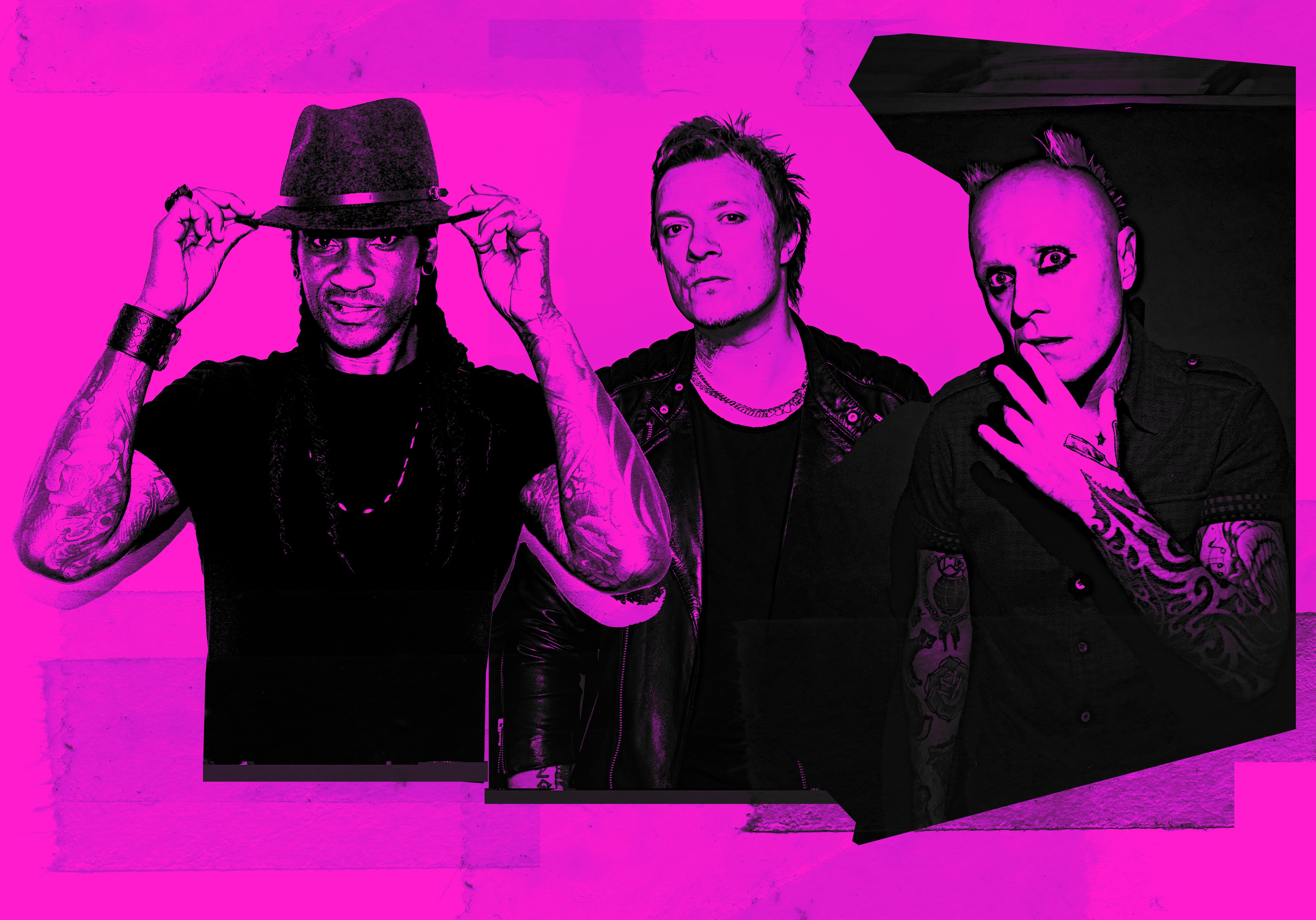 Scorching times demand scorching tracks. Hardcore temperatures sizzle sweetly with hardcore beats – and maybe a bit of acid squelch. Who better, then, to roar in out of the sun and soundtrack summer ’18 than the original electronic music trailblazers?

Dropping ‘Need Some1’ in July, the frankly pounding first single from The Prodigy’s forthcoming album is, if you like, vintage futurism, a banger that features a classic house diva vocal sample from Loleatta Holloway (the original “voice” of Black Box’s ‘Ride On Time’). “I wanted to write something that had downtempo swagger, but still felt dangerous,” says the band’s Liam Howlett. “Need Some1 demonstrates the thing about our band that I love: it’s multi-sided,” says Howlett. „We have the freedom to drop a tune like this alongside tracks led by Keef and Maxim, and still represent what we are about in the same way.“ Referring to the Holloway sample, Liam adds that “there’s always one element in our tunes that looks back to where we came from. When asked what the new album sounds like, my response is: Evil Rave. We own that sound “

‘Light Up The Sky’ the explosive second track to be lifted from the band’s much-anticipated seventh studio album without doubt illuminates the urgency and danger that has continually defined The Prodigy throughout their career, an attack of acid rock in which guitars combine with 303 mayhem, Maxim’s spitting vocal and an uplifting chorus from long-time contributor Brother Culture. Following returning track ‘Need Some1’ – and arriving  alongside an arresting video that features imagery that directly links to the album sleeve – ‘Light Up The Sky’ is a visceral introduction to the world of ‘No Tourists’: an album that takes you on a journey through the twisted, party-hard psych of a band that has resolutely followed their own route through the underbelly of popular culture since day one. It’s every inch a Prodigy record and it’s their most direct, concise and pure statement yet. 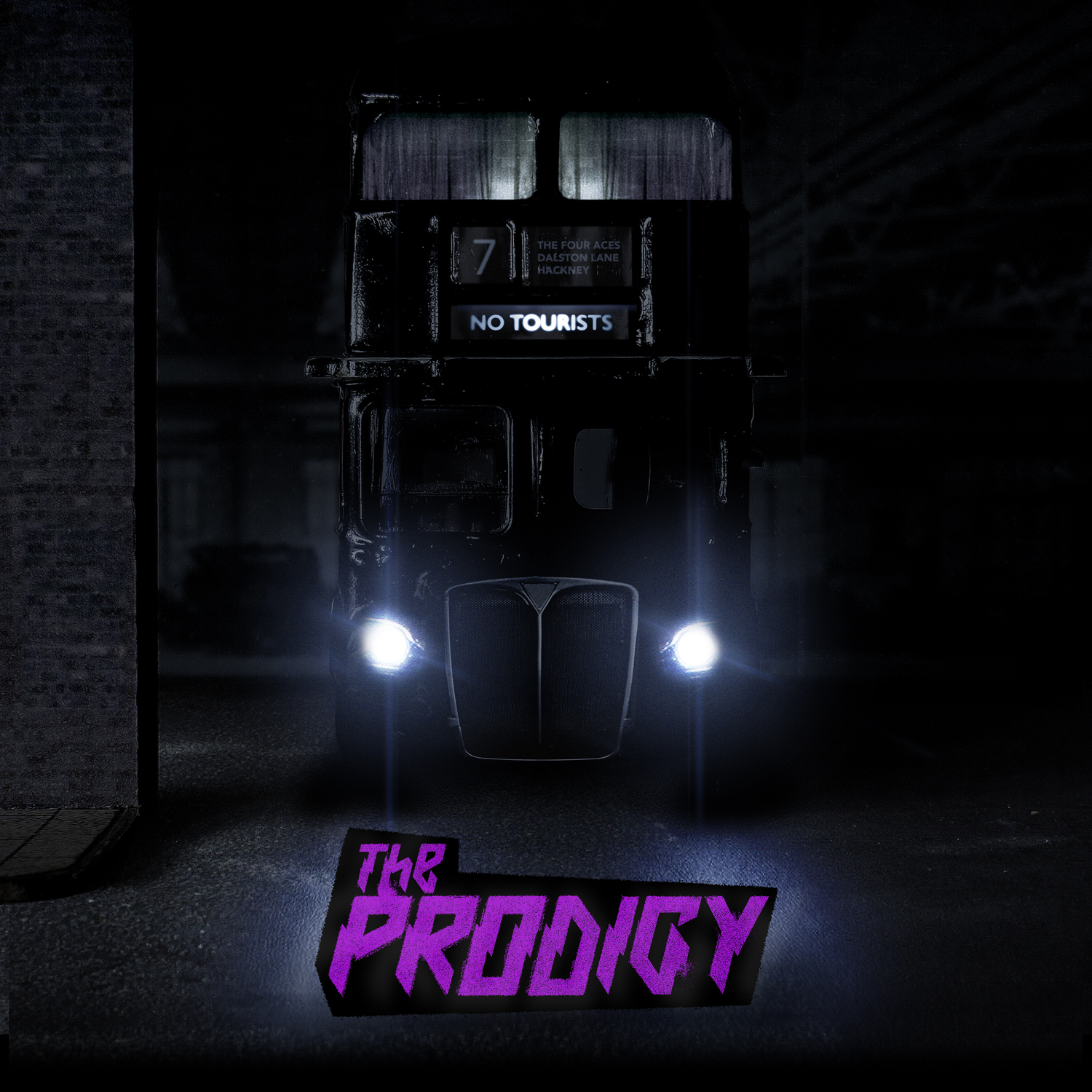 The third track made available ‘Fight Fire with Fire’ sees The Prodigy partner up with New Jersey’s finest noise crew Ho99o9, resulting in a down-tempo, heavy-grooved, surefire banger. ‘This was the first track I wrote for this album,’ says Liam. “As far as doing a collaboration, the Ho99o9 guys were the main band I wanted to work with, and this tune has so much danger embedded in it. It’s the best collaboration we have done.” ‘

The Prodigy have never taken the lazy tourist route. They dominated the illegal rave scene, challenged anti-rave legislation and redefined the whole idea of what a band should be like. They brought UK electronic music to the US heartland, turning metal kids onto raving and ravers into metalheads…effectively reaching global audiences without compromise:  see 6 number 1 albums, 30 million record sales, and multiple honours (two Brits, two Kerrang! awards, five MTV awards, two Grammy nominations).

With production completed, the band have broken cover from the studio to shed further light on ‘No Tourists’. Expanding on the general shape of the project, Liam says: “this album is equally aggressive as the last records – but in a different way.“ A musician, songwriter and studio maestro, Howlett is as rigorous and righteously Up For It as he was when he formed his 28-years-young band. He explains that, as ever, the new songs “are built to play live”. This summer, true to form, The Prodigy can be found out and about across the globe, hitting festivals week in and week out, with album tour dates to follow towards the end of the year. “That’s the one thing that brings everything together. I couldn’t write this music unless it has that outlet on stage. That helps write the music. This is what I do it for: the live thing. And until we feel like we can’t do it, or the buzz goes, we won’t stop.“

It’s that sense of do-or-die commitment that is reflected in the album title. “To us, ‘No Tourists’ is ultimately about escapism and the want and need to be derailed. Don’t be a tourist – there is always more danger and excitement to be found if you stray from the set path.”

‘No Tourists’ sees The Prodigy return with venom in the way that only they can. They’re renegades, outsiders, outlaws – always hiding in plain sight. Though much has changed in the musical and social landscape, what remains a constant is The Prodigy’s resolute focus to always do things their own unique way, and in 2018 the urgency and irrepressible spirit of The Prodigy has never been more needed.

From heatwave to evil rave, The Prodigy are back, and back with some of their fiercest ever tunes. Get ready to sweat better.