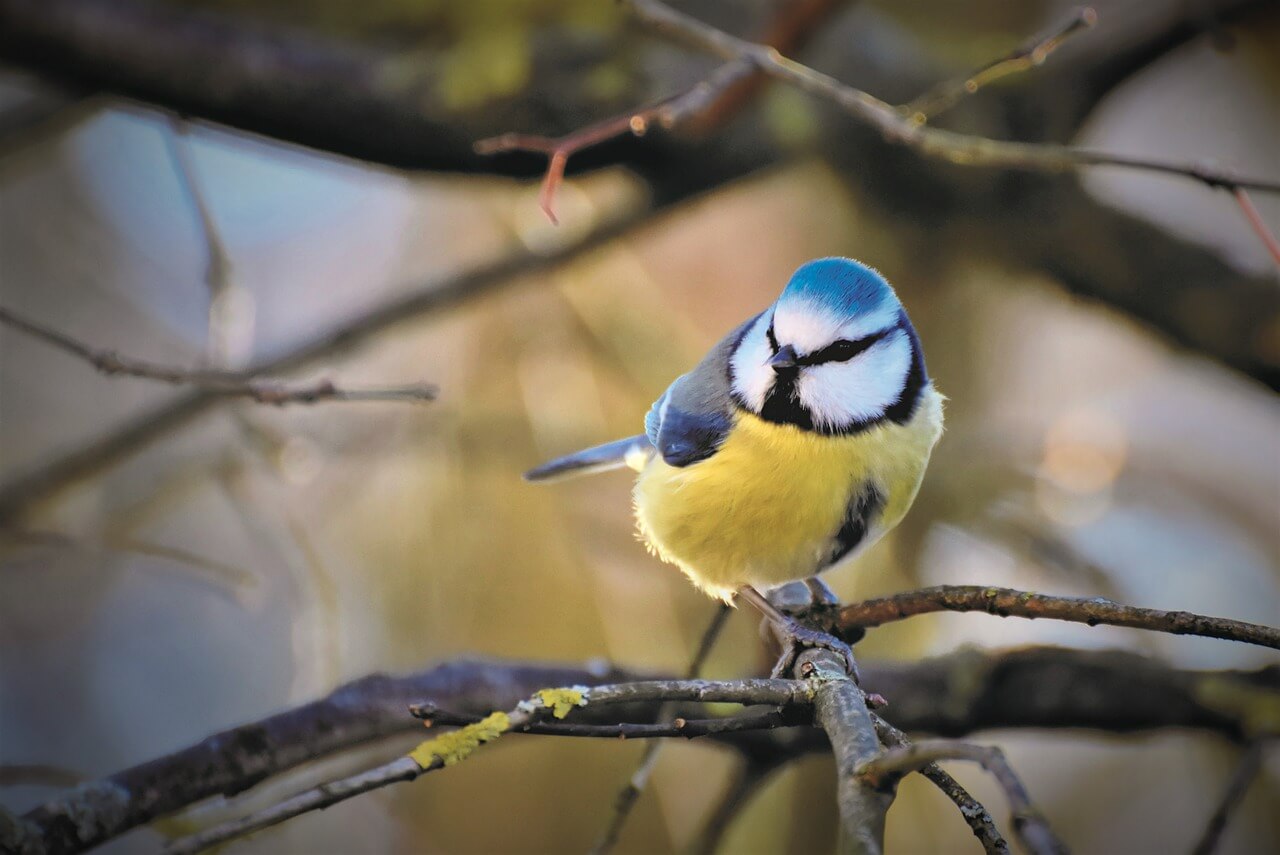 By watching videos of each other eating, blue tits and great tits can learn to avoid foods that taste disgusting and are potentially toxic, a new study has found.

Seeing the ‘disgust response’ in others helps them recognise distasteful prey by their conspicuous markings without having to taste them, and this can potentially increase both the birds’ and their prey’s survival rate.

The study, published in the Journal of Animal Ecology, showed that blue tits (Cyanistes caeruleus) learned best by watching their own species, whereas great tits (Parus major) learned just as well from great tits and blue tits. In addition to learning directly from trial and error, birds can decrease the likelihood of bad experiences – and potential poisoning – by watching others. Such social transmission of information about novel prey could have significant effects on prey evolution, and help explain why different bird species flock together.

“Blue tits and great tits forage together and have a similar diet, but they may differ in their hesitation to try novel food. By watching others, they can learn quickly and safely which prey are best to eat. This can reduce the time and energy they invest in trying different prey, and also help them avoid the ill effects of eating toxic prey,” said Liisa Hämäläinen, formerly a PhD student in the University of Cambridge’s Department of Zoology (now at Macquarie University, Sydney) and first author of the report.

This is the first study to show that blue tits are just as good as great tits at learning by observing others. Previously, scientists thought great tits were better, but had only looked at learning about tasty foods. This new work shows that using social information to avoid bad outcomes is especially important in nature.

Many insect species, such as ladybirds, firebugs and tiger moths have developed conspicuous markings and bitter-tasting chemical defences to deter predators. But before birds learn to associate the markings with a disgusting taste, these species are at high risk of being eaten because they stand out.

“Conspicuous warning colours are an effective anti-predator defence for insects, but only after predators have learnt to associate the warning signal with a disgusting taste,” said Hämäläinen. “Before that, these insects are an easy target for naive, uneducated predators.”

Blue tits and great tits forage together in the wild, so have many opportunities to learn from each other. If prey avoidance behaviour spreads quickly through predator populations, this could benefit the ongoing survival of the prey species significantly, and help drive its evolution.

The researchers showed each bird a video of another bird’s response as it ate a disgusting prey item. The TV bird’s disgust response to unpalatable food – including vigorous beak wiping and head shaking – provided information for the watching bird. The use of video allowed complete control of the information each bird saw.

The ‘prey’ shown on TV consisted of small pieces of almond flakes glued inside a white paper packet. In some of the packets, the almond flakes had been soaked in a bitter-tasting solution. Two black symbols printed on the outsides of the packets indicated palatability: tasty ‘prey’ had a cross symbol that blended into the background, and disgusting ‘prey’ had a conspicuous square symbol.

The TV-watching birds were then presented with the different novel ‘prey’ that was either tasty or disgusting, to see if they had learned from the birds on the TV. Both blue tits and great tits ate fewer of the disgusting ‘prey’ packets after watching the bird on TV showing a disgust response to those packets.

Birds, and all other predators, have to work out whether a potential food is worth eating in terms of benefits – such as nutrient content, and costs – such as the level of toxic defence chemicals. Watching others can influence their food preferences and help them learn to avoid unpalatable foods.

“In our previous work using great tits as a ‘model predator’, we found that if one bird sees another being repulsed by a new type of prey, then both birds learn to avoid it in the future. By extending the research we now see that different bird species can learn from each other too,” said Dr Rose Thorogood, previously at the University of Cambridge’s Department of Zoology and now at the University of Helsinki’s HiLIFE Institute of Life Science in Finland, who led the research. “This increases the potential audience that can learn by watching others, and helps to drive the evolution of the prey species.”

This research was funded by the Natural Environment Research Council UK and the Finnish Cultural Foundation.

The text in this work is licensed under a Creative Commons Attribution 4.0 International License. Images, including our videos, are Copyright ©University of Cambridge and licensors/contributors as identified.  All rights reserved. We make our image and video content available in a number of ways – as here, on our main website under its Terms and conditions, and on a range of channels including social media that permit your use and sharing of our content under their respective Terms.