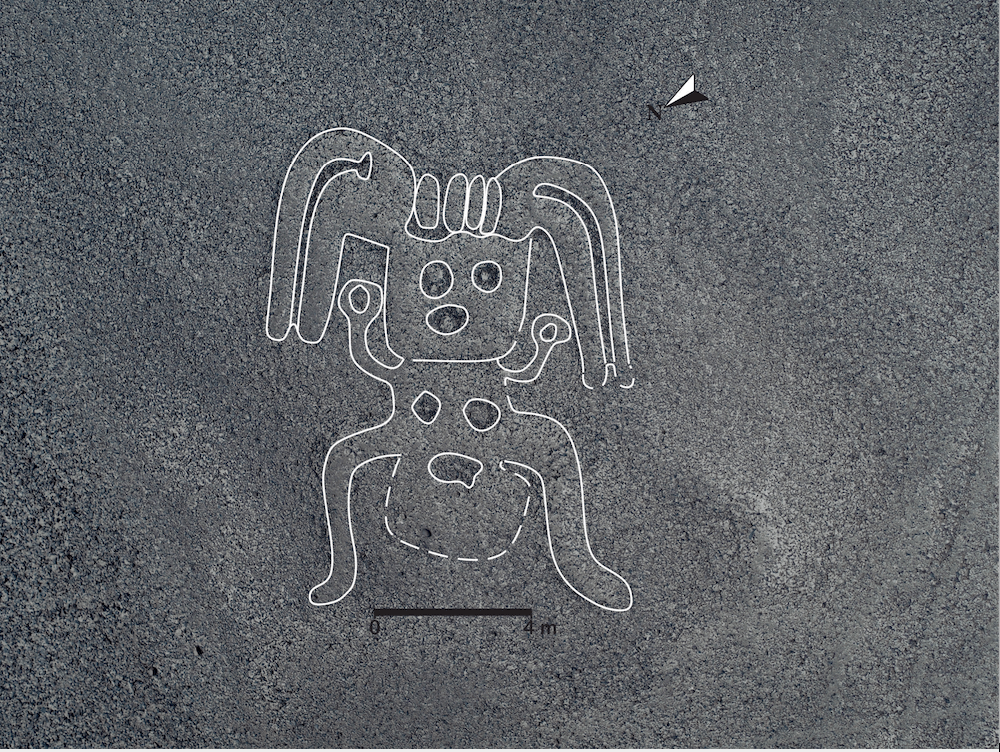 We are publishing a press release about this series of wonderful events:

Key Points of This Press Release

research and contribution toward protection activities

Situated mainly in the west of the Nasca Pampa, these new geoglyphs were identified through fieldwork and analyzing high- resolution 3D data, among other activities conducted up to 2018. The biomorphic geoglyphs are thought to date back to at least 100 BC to AD 300. Additionally, in a feasibility study carried out from 2018 to 2019 together with IBM Japan, the university discovered one new geoglyph by developing an AI model on the AI server IBM Power System AC922(*1) configured with the deep learning platform IBM Watson Machine Learning Community Edition (formerly known as IBM PowerAI)(*2.) . This study explored the feasibility of AI’s potential to discover new lines, and introduced the capability to process large volumes of data with AI, including high-resolution aerial photos, at high speeds. This represented the first glyph at the site discovered by an AI.

Professor Sakai and other researchers at Yamagata University have engaged in initiatives since 2004(*3) to study the Nasca Lines, a UNESCO World Heritage Site. In addition to successfully identifying many geoglyphs, Professor Sakai and others have carried out activities to preserve this heritage site. However, there is still much work needed to be done in surveying the distribution of these geoglyphs. In addition, the expansion of urban areas has brought damage to the lines, drawing attention to the protection of the Nasca Lines as a social issue.

Building on the foundation of the first collaborative feasibility study with IBM Japan, Yamagata University has newly entered into an academic agreement to collaborate with the IBM Research, and tap into IBM’s extensive initiatives to analyze and leverage large, complex data sets, such as remote sensing and geographical data, with AI. Moving forward, researchers will

(*4)
enrich their understanding about the distribution of the geoglyphs by utilizing IBM PAIRS Geoscope (IBM PAIRS) , an AI

platform from the IBM Thomas J. Watson Research Center for analyzing 3D spatio-temporal data quickly and efficiently. In addition, the researchers aim to produce a location map based on the results of fieldwork. This technology and these efforts are expected to promote understanding of all the Nasca Lines as a whole, and accelerate research and awareness towards activities to protect this World Heritage Site.

The geoglyphs in the Nasca Pampa (an area spanning approximately 20 by 15 kilometers (12 miles by 9 miles)) were designated as a UNESCO World Heritage Site in 1994. At that time, only about 30 geoglyphs had been identified in the Nasca Pampa, depicting flora, fauna and other objects. Yamagata University has analyzed satellite images since 2004 and has carried out fieldwork to clarify the distribution of the Nasca Lines and to study the potteries found at the geoglyphs since 2010. By 2015, these research efforts successfully identified over 40 biomorphic geoglyphs. However, there is still much work needed in surveying the distribution of these geoglyphs. In addition, the expansion of urban areas in Nasca has brought damage to the lines, resulting in a trend that has drawn attention as a social issue. There is an urgent need to gain an accurate understanding of the geoglyphs’ distribution so that work can be done to protect them.

(1) IntensiveFieldworkBasedonOneHypothesis
Professor Sakai and other researchers at Yamagata University analyzed high-resolution images of the entire Nasca Pampa, obtained through aerial laser measurements among other methods, and conducted fieldwork in the area. Through these efforts, they constructed a hypothesis that a type of biomorphic geoglyph (the undermentioned type B) was chiefly produced along some small paths situated in the western region of the Nasca Pampa. As a result of on-site studies carried on until 2018, they newly identified 142 figures of people, animals, and other objects.
These geoglyphs depicted people and many different animals (including birds, monkeys, fish, snakes, foxes, felines, and camelids). All of these figures were created by removing the black stones that cover the land, thereby exposing the white sand beneath. They are categorized into two main types, depending on whether the geoglyphs were made by removing stones to form lines (type A) or to form solid-colored surfaces (type B). Type A geoglyphs are generally large in scale, and all of the figures that span more than 50 meters (165 feet) across belong to this type, while most type B geoglyphs are less than 50 meters (165 feet). Out of the newly identified geoglyphs, the longest stretched over 100 meters (330 feet) across and was categorized under type A, while the smallest was under 5 meters (16 feet) and belonged to type B. Type A geoglyphs date relatively later and were likely created in the Early Nasca period (ca. 100 to AD 300). On the other hand, the type B geoglyphs are thought to have been produced at least during the Initial Nasca period (ca. 100 BC to AD 100), if not earlier.
Fieldwork identified type A figures to be ritual places shaped like animals, where people held ceremonies involving the destruction of pottery vessels. Meanwhile, type B figures were produced beside paths or on sloping inclines and are thought to have been used as wayposts when traveling. In short, type A geoglyphs were created as locations for practicing rituals, and type B geoglyphs were designed to be looked at.

The researchers are still conducting fieldwork at several sites, including as-yet unexamined areas.

(2) UtilizingAI(JointFeasibilityStudyBetweenYamagataUniversityandIBMJapan)
There is the possibility that some geoglyphs are located in areas outside those postulated in the initial hypothesis. However, the high-resolution 3D images add up to an immense amount of data, and it would take a vast amount of time to work in identifying geoglyphs from this big data with the human eye—such an undertaking would not be efficient.
When Yamagata University and IBM Japan performed analysis using some of the university’s data with IBM Watson Machine Learning Community Edition (formerly known as IBM PowerAI), it highlighted several possible candidates for biomorphic geoglyphs. Yamagata University selected a promising candidate from the results and conducted fieldwork at the area in 2019. This leads to the discovery of one new figure in the west of the Nasca Pampa. This figure is relatively small, spanning about 5 meters (16 feet) across, and depicts a humanoid figure standing on two feet. It is thought to have been created during the Initial Nasca period, as it is a type B geoglyph produced by removing stones to form a solid-colored shape. This newly discovered figure was also situated near a path, indicating that it was likely used as a kind of waypost.
In light of the results from this joint feasibility study and to expand on the potential of digital discovery, Yamagata University has recently entered into an academic agreement (for two years starting September 2019) to collaborate in research with the IBM Thomas J. Watson Research Center in the U.S., the home of extensive research initiatives in remote sensing and artificial intelligence.

To expand the project, Yamagata University will use IBM PAIRS to organize the data produced in fieldwork over the past 10 years, and will utilize AI to aggregate, search through and analyze these complex and massive datasets. The university will implement AI to perform preliminary surveys on the distribution of geoglyphs in addition to conducting fieldwork on-site. Based on the results given in both of these initiatives, the university will work to produce a location map of the geoglyphs. In this way, the joint research project will accelerate work in creating a location map that covers the entire Nasca Pampa.

The university seeks to utilize this location map to continue in efforts for preserving the Nasca Lines, a World Heritage Site, with the cooperation of the Ministry of Culture in Peru. By gaining a detailed understanding on where the figures are located and when they were used, researchers aim to attain a closer look into the worldview of the people who made and used these geoglyphs.

How emotions shape our work life 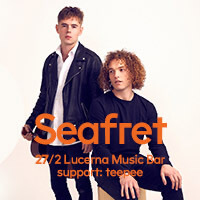