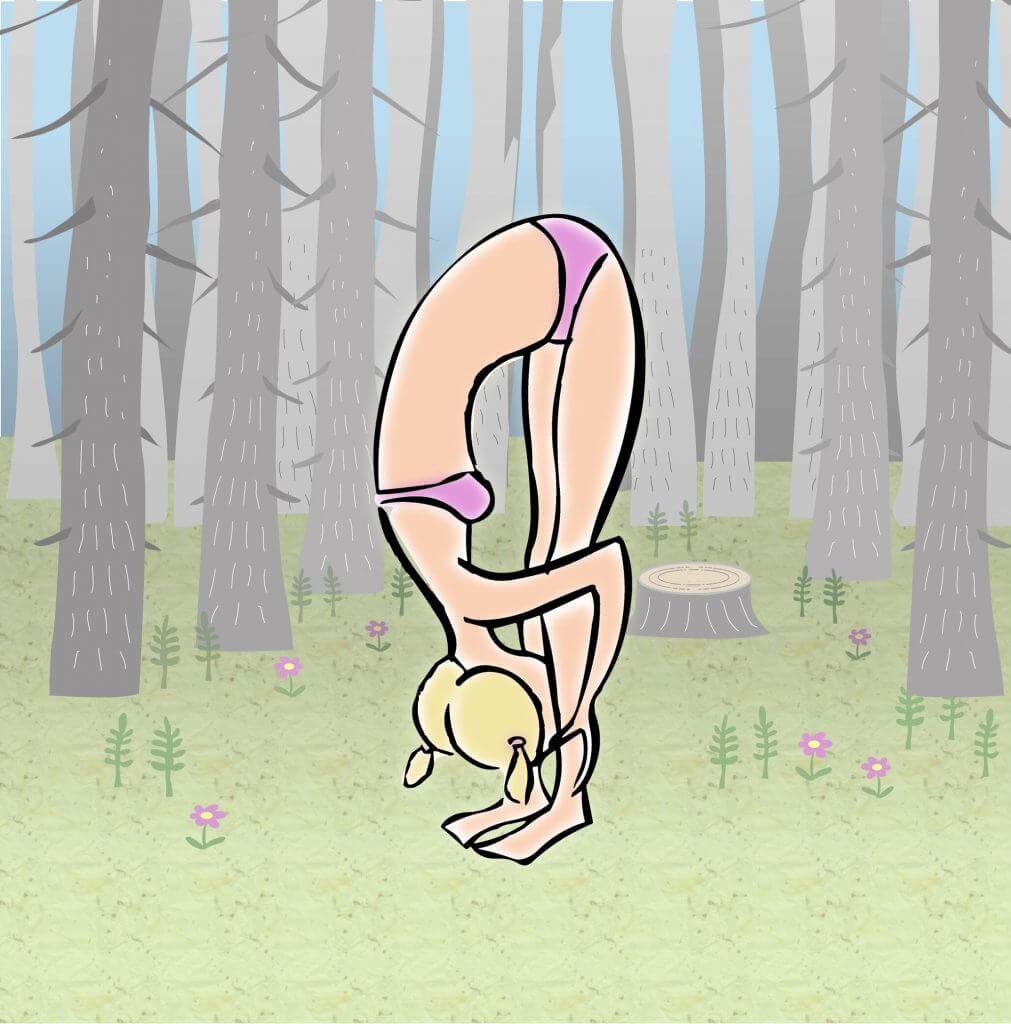 Expats.cz is an online portal covering news and culture in Prague and the Czech Republic since 2001

Anyone familiar with the Prague arts scene will have heard the name Ken Nash. The illustrator, musician, and author has been a fixture on the city’s café circuit since the early ’90s. His drawings have appeared on the pages of both Czech and international publications and his Instagram account IamKenNash currently showcases a daily sketch as part of his work with the Prague Urban Sketchers collective. 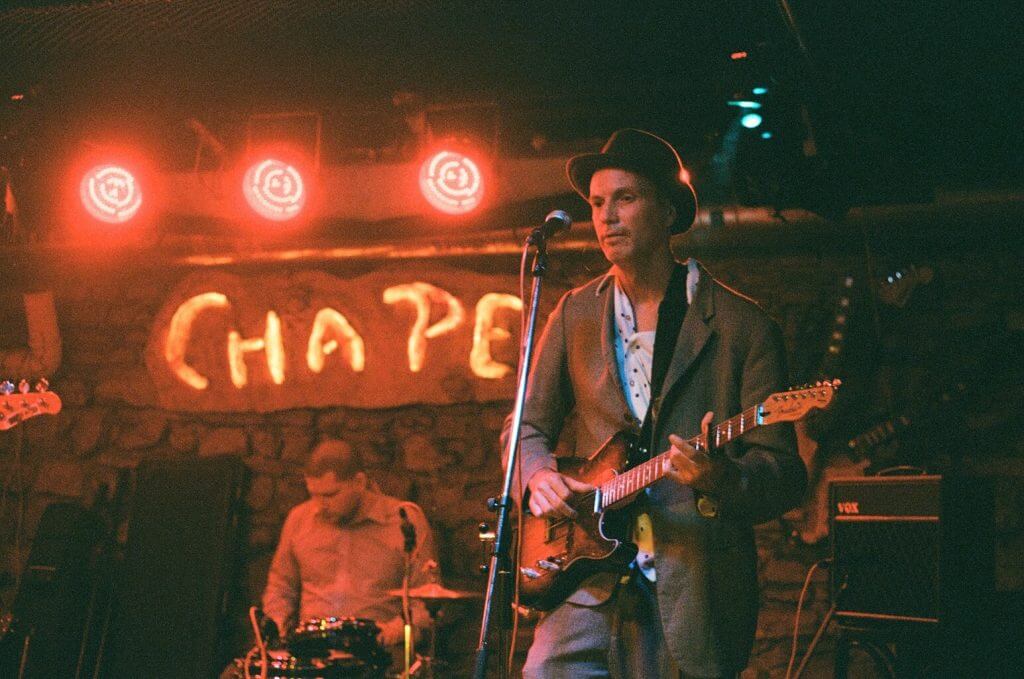 We recently caught up with Ken who released his second collection of short fiction, Life Raft (Equus Press, 2019) in December, to talk about how living in Prague has impacted his creative process as well as the multitude of changes that have taken place in the Czech capital — for better or worse — from the 1990s up until now.

Give us the condensed version of your ‘how I became an expat’ narrative.

I was born in Massachusetts but grew up mostly in Michigan, just outside Detroit. I worked as a copywriter and producer for a few years in Chicago before my first foray into Prague. I lived here from ’92 to ’94. I did illustrations and a weekly cartoon for the Prague Post at that time.

I loved being an illustrator much more than a copywriter and decided to switch professions. I went back to the US, in part, to afford a good graphics computer and teach myself computer illustration and graphic design.

My illustration work in San Francisco led to publishing newspaper and magazine cartoons and being hired to do animation by a Silicon Valley startup. In 2001 when many of the dot coms startups went bust, I left San Francisco and returned to Prague to continue working as an illustrator, graphic designer and animator. 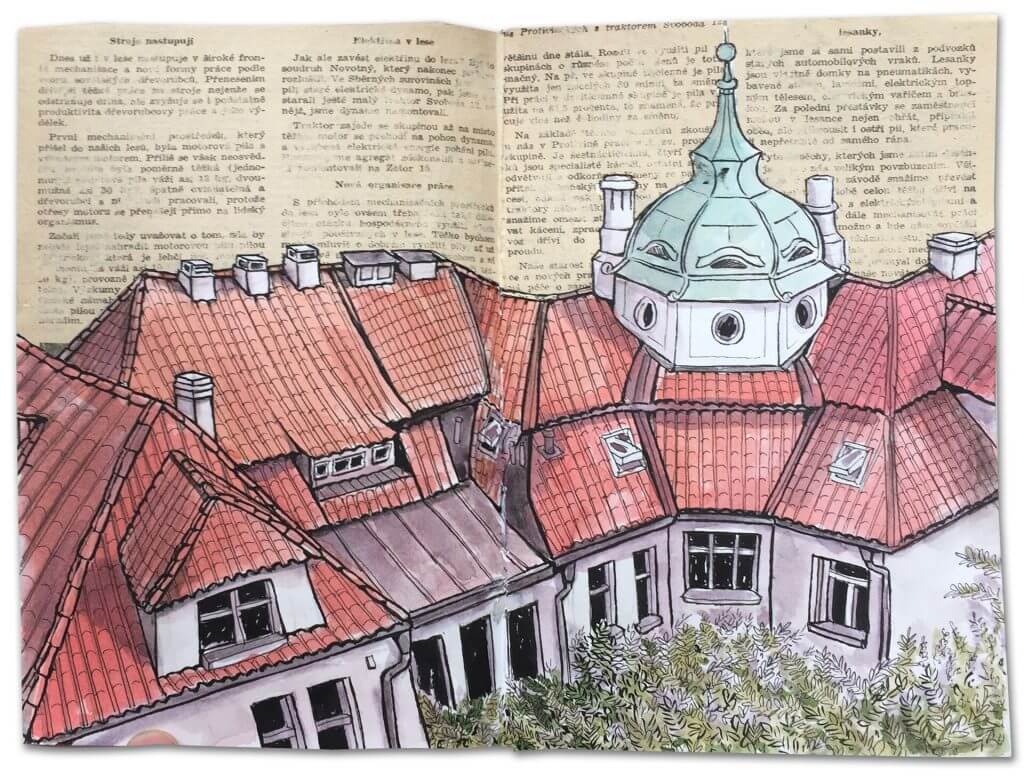 What was Prague like back in those days for those of us who weren’t here?

There used to be many abandoned and run-down buildings in the center. Even a few squats. The crumbling, soot-covered facades gave the city a haunted and gothic feel. I miss that decay, but I also love that I can now see architectural details on buildings because they’ve been cleaned and restored to their original beauty.

In the past couple of years, largely thanks to new business regulations, the classic Czech hospoda started disappearing or turning into a Potrefená Husa or Lokál franchise. I miss the old gnarly pubs with the tobacco-stained walls, green table cloths, and surly waiters. But the newly remodeled ones are more appealing to a younger generation and appear to be doing better business.

Though there are things I miss, I’m glad to see the city change. It means it’s a real city and not some hermetic time capsule created solely for tourism.

How has the city changed?

Some of the superficial changes seem the most obvious changes. Prague was not at all a coffee town when I returned in 2001. Except for the cukrárny, most places didn’t have takeaway coffee. Now there are coffee shops seemingly everywhere.

The city has massively invested in parks and playgrounds. They’ve done a spectacular job making the green spaces nearly as glorious as the architecture. Also, up until about 10 years ago, there were only a few private galleries and a small assortment of concert venues. Now that, too, has dramatically changed.

And people have bigger dogs now. It used to be a city full of dogs you could fit in your handbag. Now there are many huge breeds. 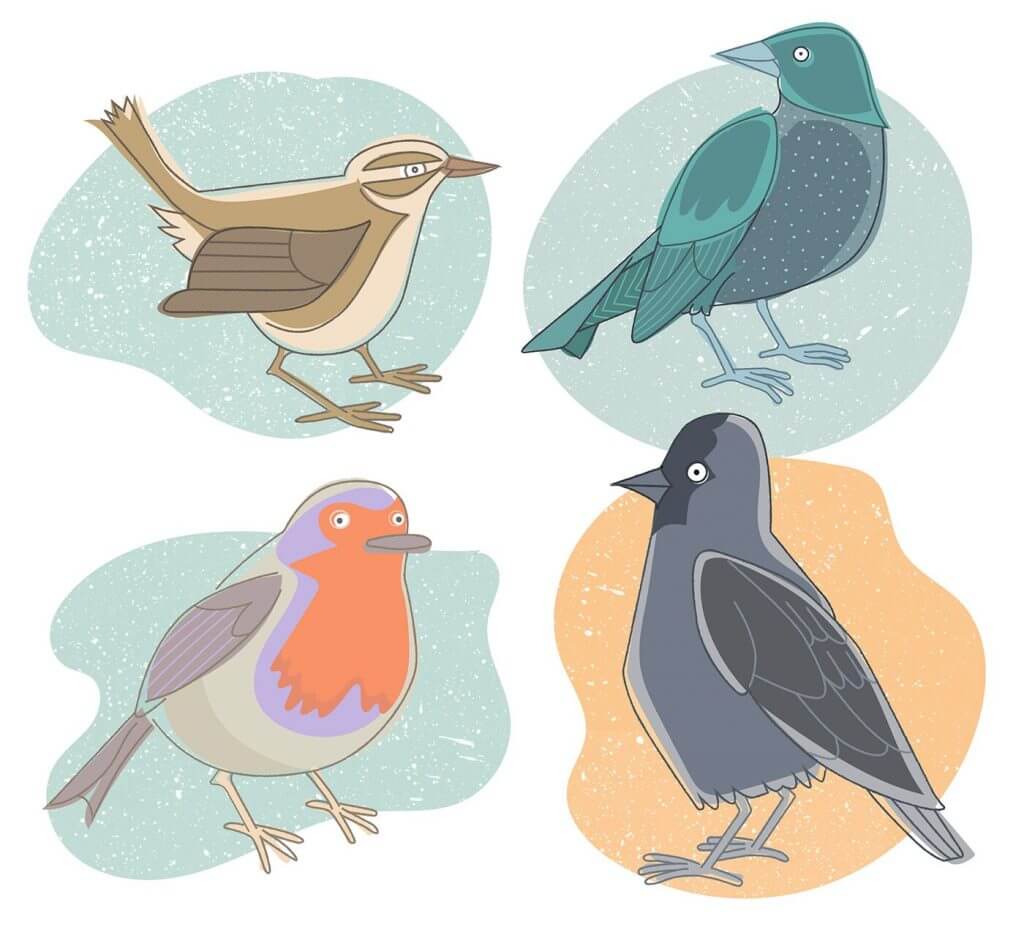 Like your dog! How has being a pet owner changed your experience of the city?

It’s had a very positive effect on living in my building. I feel a bit more accepted. I’m no longer just the foreign guy living downstairs. I’m the guy with the amazing poodle. It’s been a way to interact more with Czechs in general. Czechs can be shy and aloof when it comes to strangers, but every day someone will compliment me on my dog. Or show me pictures of theirs. Or ask where I’m from. These interactions rarely happened before having a dog.

I lived for a while in Žižkov but I’ve spent the past ten years or so in Vinohrady. In the past few years, JZP square has been booming with its farmers market and cafes. On the downside, it’s more expensive and Airbnb rentals are starting to drive locals out of the neighborhood.

You are a writer, artist, and musician. Talk a bit about your current projects in all of those areas.

My second story collection, Life Raft, was published in December. I’ve been focused on getting that ready for publication and neglecting the music. But I plan to record a new album within the next several months. Commercial illustration and animation work mainly pays the bills. I do do drawing for pleasure, mostly through Prague Urban Sketchers and the Prague Drawing Group, which organizes life drawing sessions. 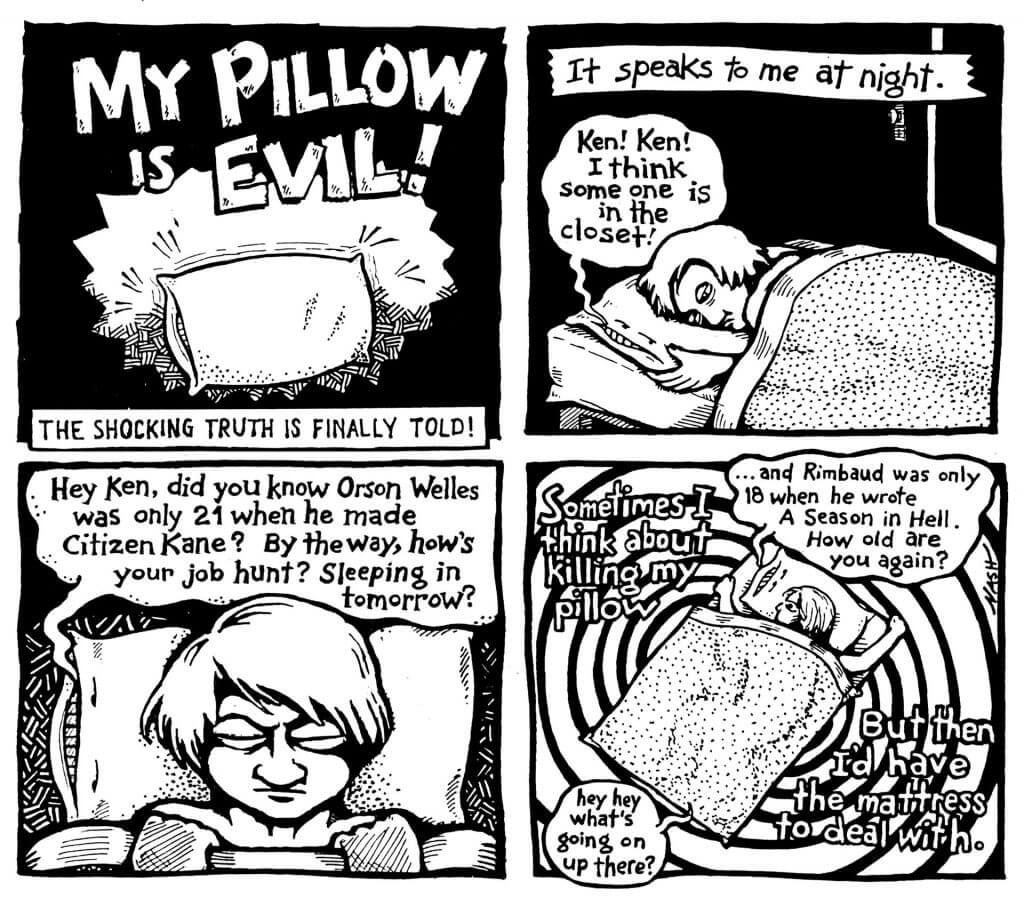 How did you come to drawing and sketching and who are your artistic inspirations?

When I first came to Prague in 1992 I was trying to figure out what I would do to support myself. The Prague Post advertised that they were looking for an illustrator, so I created a portfolio of work within a few days and arranged to meet with the art director. He hired me on the spot to create an illustration for an article on the composer Jakub Jan Ryba. He also liked my cartoons of Prague city life and offered me a weekly cartoon spot. That experience caused me to switch from being a copywriter to being an illustrator.

Unquestionably, my major influence as a cartoonist has been Gary Larson. But as an illustrator, I’m always trying to mimic different styles.

Where is your favorite spot for drawing in Prague?

The trick about Urban Sketching is to not have a favorite spot. Just draw everywhere, particularly where you wouldn’t normally think about stopping to draw. But for drawing people, it’s best to find places where people sit still for a while. Literary events are especially good for drawing people because there’s usually good lighting and people don’t move much.

How has living in Prague influenced your artistry — and how has it challenged it?

My art mostly deals with people, but Prague got me thinking more about environment. Not just buildings, but objects and architectural details. Some of that interest came out of doing the Prague Post cartoons. I would sketch buildings and locations to use as a reference for cartoons. (We didn’t have Google street view back then.) Those reference sketches began to take on more significance for me and I started to draw them in more detail. I started seeing objects and buildings as having the same sort of expressiveness as faces and bodies.

Let’s change course and talk about your book. What’s it about?

It’s a little difficult to say what the collection is about. There’s quite a range and the challenge I set for myself is to try to create a very diverse setting for each story. But the predominant theme is about “story” and how we use stories and art to help better understand our personal experience and the world around us. But others may come away with different interpretations. I mean, what are Kafka’s stories about? They’re more about a way of feeling and experiencing life than about anything in particular.

I had some cartoons exhibited in the Boston Museum of Science. That was kind of strange and wonderful because I don’t normally show work in museums and galleries. In the early ’90s my book of Prague cartoons (Prague on 13 Beers a Day) would regularly outsell Havel’s books at The Globe. (More of a fun fact than a career milestone.) Random House published some of my Prague sketchbook illustrations with Myla Goldberg’s essays on Prague, Time’s Magpie. For a few years, I had postcards of my Guatemalan cartoons selling in shops all over Guatemala.

Is Prague a good city for creatives?

Being part of a creative community has been an important part of my development. I was really fortunate to find such a community in Prague. It got me to take my writing more seriously. And I would never have dreamed of performing music publicly if it wasn’t for friends who gave me the push I needed by asking me to open for them.

I know plenty of people who have left Prague because they didn’t see great opportunities here for them as artists and writers. If you’re a fine artist, you’re not going to make much of a living selling to galleries in Prague. In the world of professional arts and publishing, it’s often about who you know or getting noticed by the right people.

But I think any city can be a good city for creatives. If opportunities don’t exist, it’s up to you to make them. That can sometimes be a better strategy than simply following a path that’s already laid out.

Some of your sketches have a cool mixed-media effect. How did that come about?

I have boxes of old books, maps and scraps of paper I’ve collected over the years that I incorporate into my drawings. Some of it comes from antikvariáty and some from trash bins or off the street. If I find something interesting at the location where I’m sketching I’ll incorporate that into the drawing by pasting it onto the sketchbook page.

I’m sure it’s an impossible question but do you have a personal favorite sketch?

I haven’t drawn my favorite sketch yet. But I will one day.