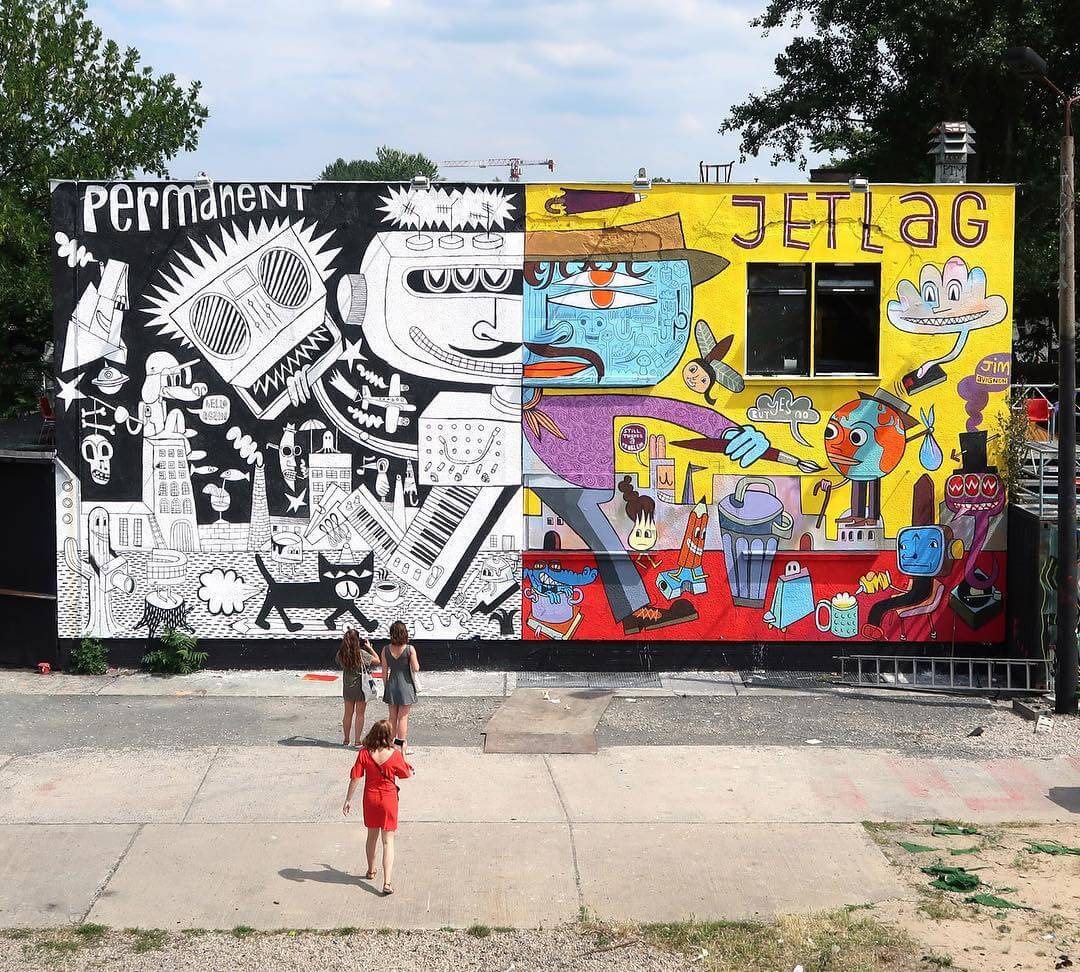 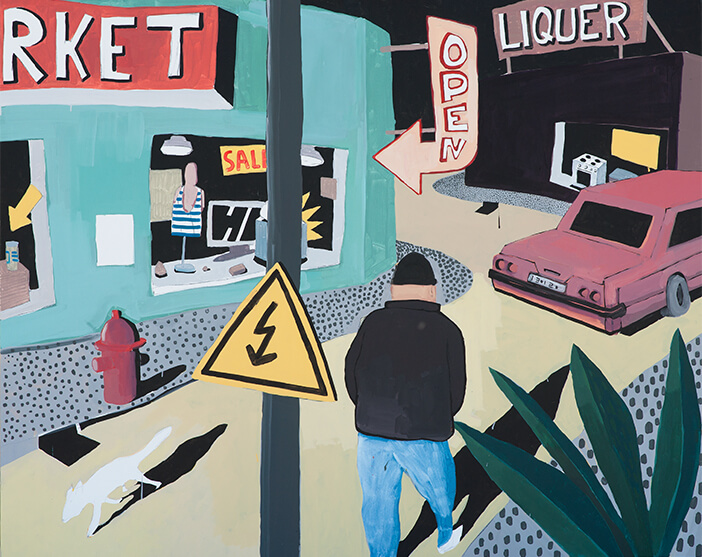 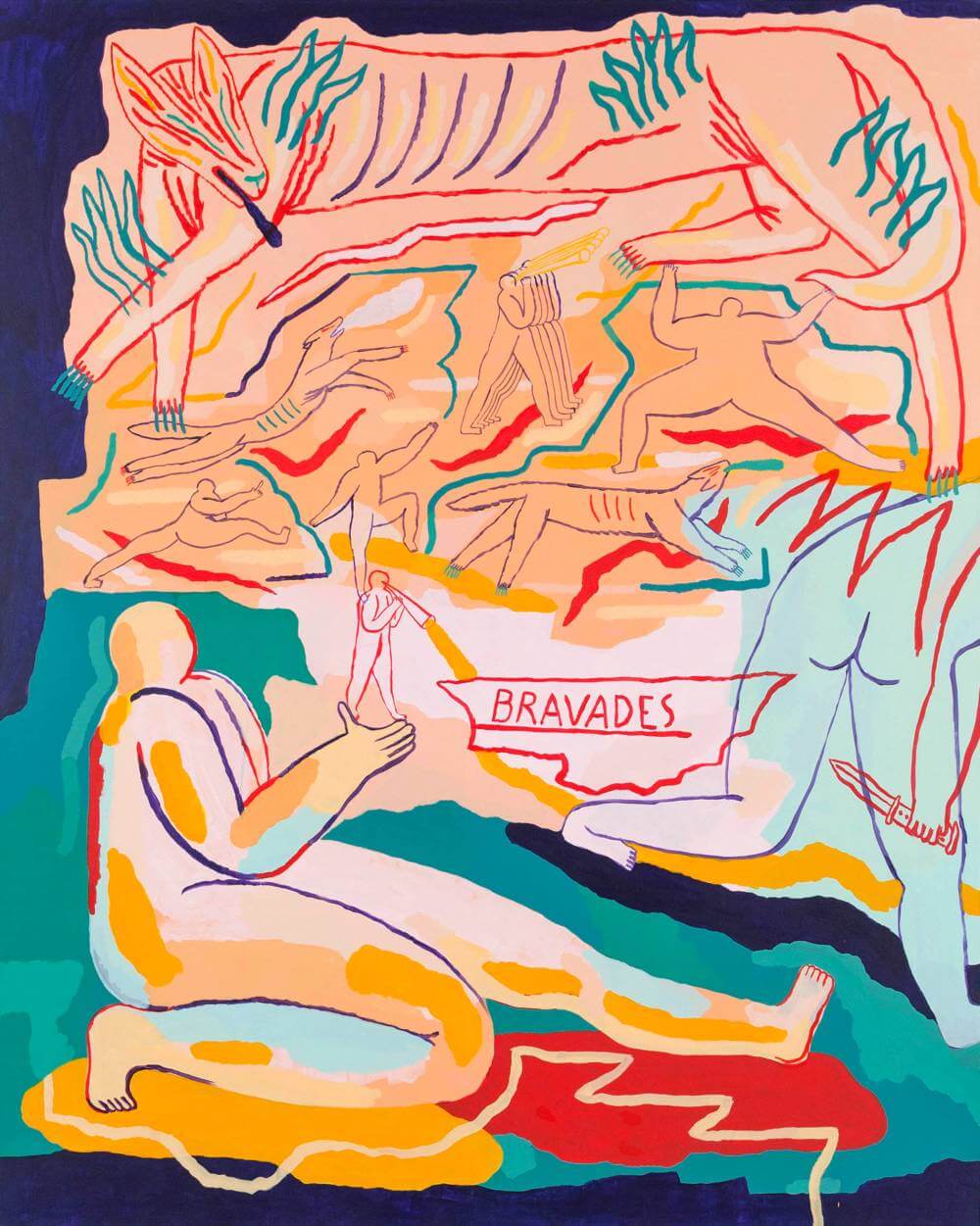 Urban Spree Galerie was created in Berlin-Friedrichshain in 2012 as a 400 sqm “artist-run” space with the objective of discovering and promoting the emerging international wave of post-graffiti painters and artists, with a strong focus on local talents.

The gallery is an essential part of Urban Spree, a 1.700 sqm independent multi-cultural complex comprising a Biergarten, a concert room, a bookshop, 5 artist studios, a screen printing studio, itself set in a 70.000 sqm postindustrial creative compound in the heart of Berlin (R.A.W.).

The gallery benefits from its large urban grassroots ecosystem and offers its invited artists an ideal space for experimentation through ambitious on-site residencies and monthly exhibitions that usually involve painting the outside walls of the compound.

It is armed with these values of generosity and openness, shared with Trafo Gallery, that we together decided to initiate a gallery exchange. 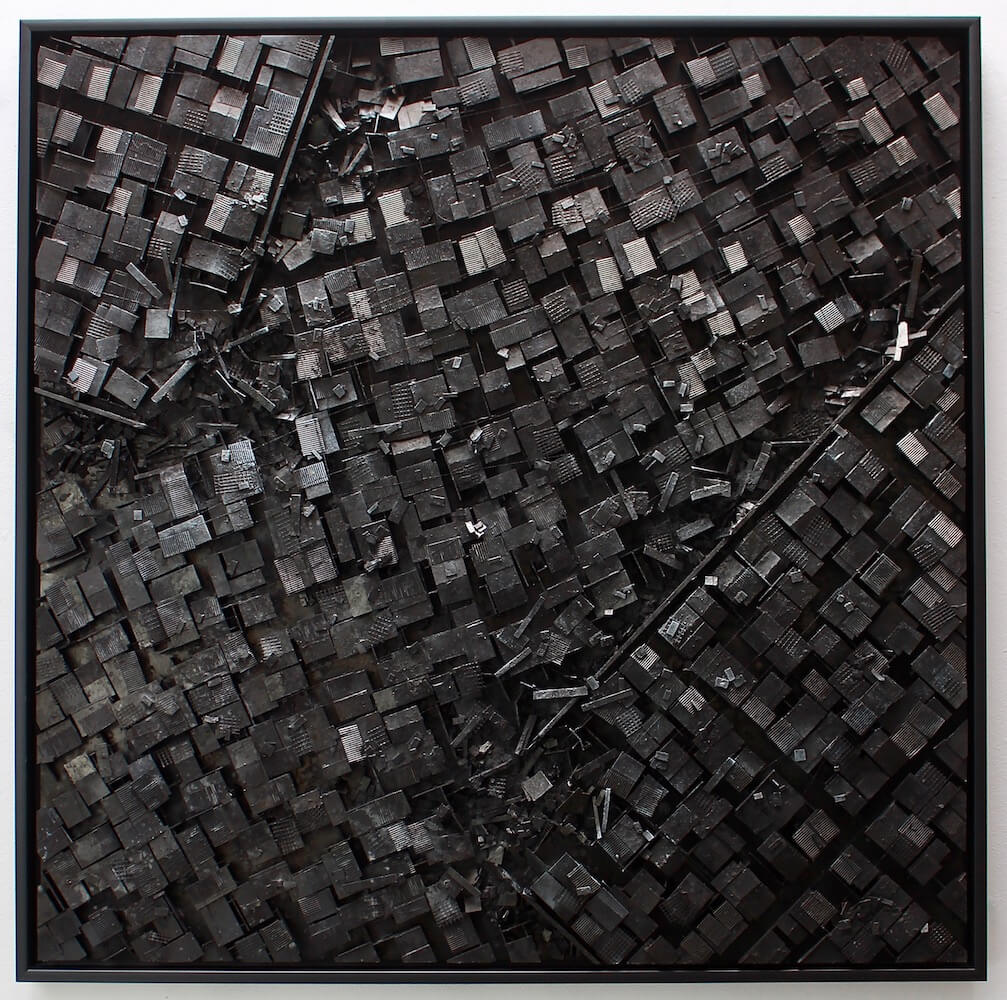 After the first exhibition, titled “Praha Berlin Barter” (March/April 2019) which was hosted by Urban Spree in Berlin, the gallery is this time being hosted by Trafo Gallery in Prague in a new group exhibition called “Berlin Praha Barter”.

In this second round, we have invited 10 visual artists of the Urban Spree family to exhibit artworks at Trafo Gallery.

The artists are representative of the new Berlin scene that emerged since the Fall of the Wall, starting with the precursor – Jim Avignon – quite known for his painted decors of many of the Berlin squatted clubs of the early 90’s and large historic murals (East Side Gallery) and whose remixed cubist/pop art/Neue Sachlichkeit aesthetics are iconic of the Berlin art scene.

The graphite drawings of Lars Wunderlich are part of a series from 2017 titled “East German Realities”, whereby the artist applies his process of distortion and glitches to scenes witnessed in the Eastern parts of Germany where nationalism is still a vivid reality. Sebas Velasco explores the remnants of the Eastern bloc in a series of oil paintings and drawings based on scenes from Yugoslavia and elsewhere, Plattenbau, old cars, graffiti, and neon hotel signs. Going further, Hendrik Czakainski creates 3D large-scale post-architectural panels which are radical anatomical explorations of the urban body. His works are impressive, immersive, chaotic urban scenes captured from above, on a bird’s eye view perspective. 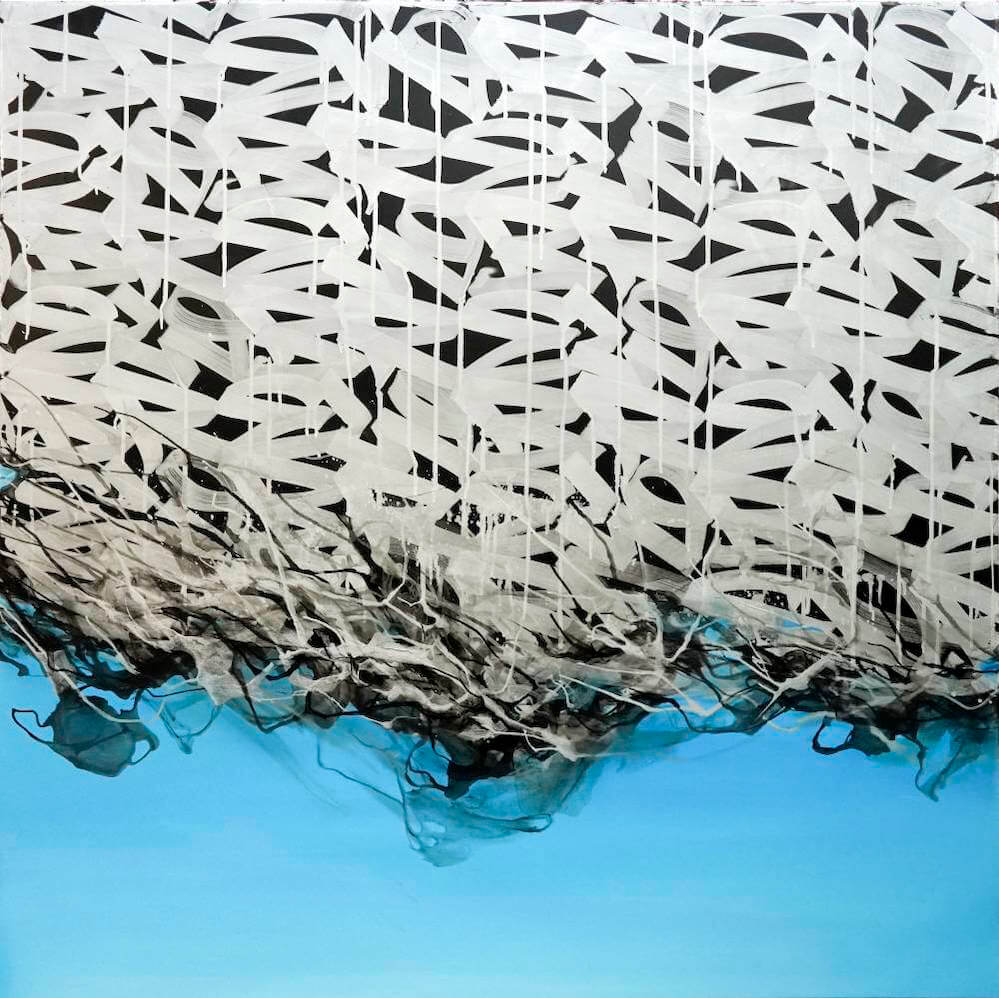 Besides figurative and architecture-inspired works, a strong line at Urban Spree has always been “post-graffiti abstraction”, i.e. using the codes, techniques, roots, flow and philosophy of graffiti, where the letter becomes an abstraction, a substance.

While Stohead is closer in some instances to the true form of the letter (calligraphy, handstyle, overwriting), he has always experimented beyond it, trying to deconstruct and dissolve the Letter in a post-graffiti approach. Theresa Volpp’s practice is more focused on the very subject of abstract art and bears only a faint distance to graffiti, although some form of automatic writing exists in her work, in a pre-graffiti way, as if abstract art is trying to reconnect with a certain flow but before the invention of graffiti..

Christian August creates multiple layers of grey colors by erasing, scratching, repainting, and finally achieving a wall texture (in the scratchy meaning of Dubuffet and Brassaï in the early 20th century), then completing his work by a stunning dash of ultramarine color, the artist’s persistent signature.

Oscillating between abstract and figurative art, Berlin Praha Barter shows a diversity of approaches and styles, seemingly loosely connected but united by an undercurrent practice of wall painting and shared values. 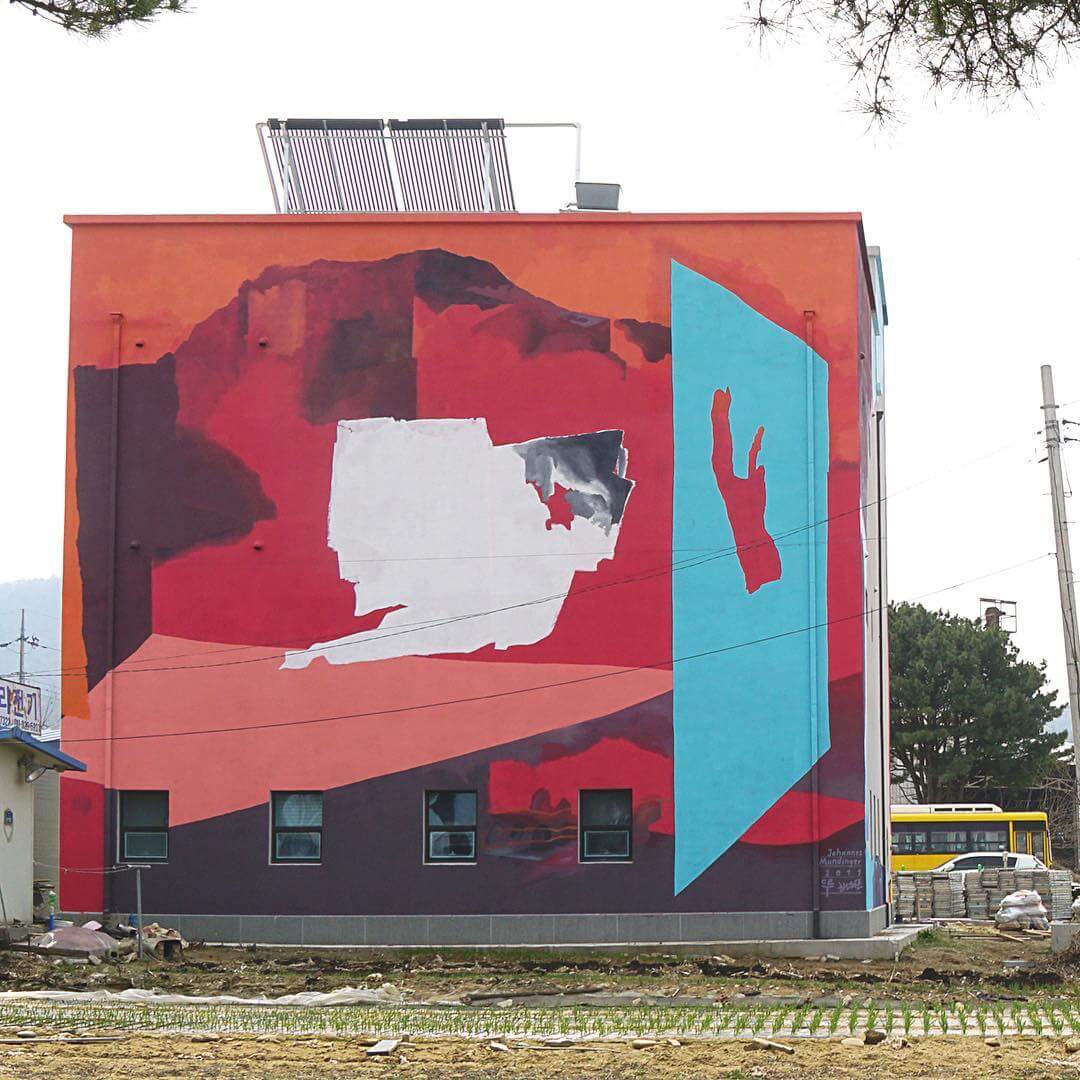