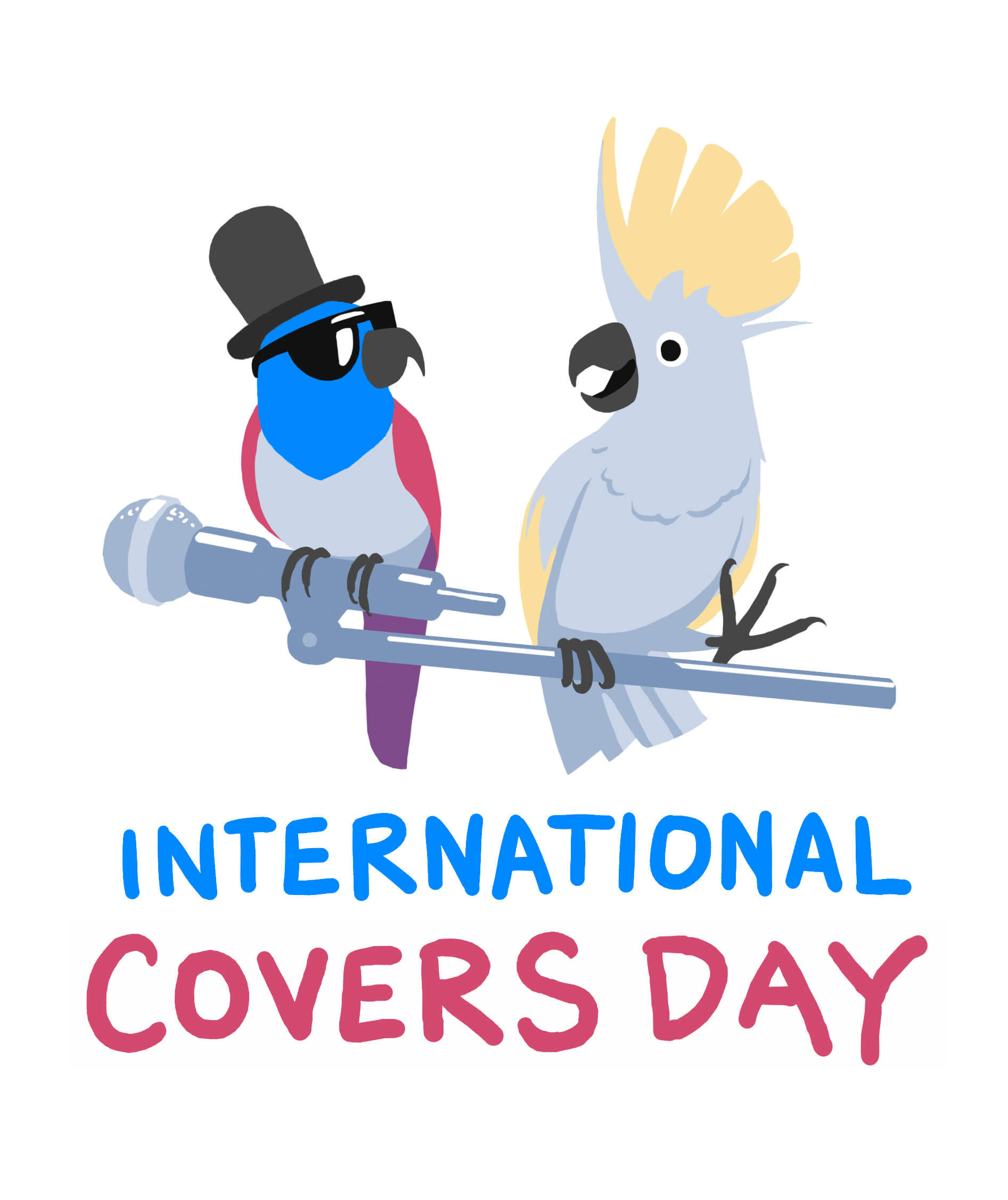 A new holiday is here.

Artists’ creativity continues to thrive – coronavirus be damned. Artists paint pictures inspired by new situations. Poets express themselves in words – and musicians play. One of the symbols of the current situation is an explosion in the number of cover versions. Thanks to technology we get to hear them just after they’re made.

A growing number of musicians today are picking up the ages-old tradition of taking songs from other creators. Standards, re-interpretations, newly-conceived traditional versions and baby-with-the-bathwater remakes of still-fresh songs bring unexpected joy and other emotions into the world.

And when else should a day like this be celebrated, one that will celebrate this creative activity, than in 2021.

This year’s historic first International Covers Day falls on 5 February 2021. On the same day in 1996, Nick Cave released his “Murder Ballads” album, and in addition to several traditional songs, there’s also an exceptional cover version of Bob Dylan’s “Death Is Not The End.” In addition to Nick Cave, the album features Anita Lane, Shane MacGowan, PJ Harvey and Kylie Minogue, and it’s an excellent symbol of what a cover version can join together and bridge.

On this day, 5 February, Radio 1 in Prague will hold its Day of Cover Versions. The DJs of Radio 1, which was the very first private radio station in the former Czechoslovakia, will play covered songs the entire day.

How will you celebrate International Covers Day?

Enjoy your favorite covers, try to discover new ones, or play some yourself. Got a blog? Write about it. Are you a DJ? Send some covers into the ether for your listeners. Are you a musician? Play. If you’d like to talk about this further, or if you have a photo on the topic, write us at covers@protisedi.cz

What is International Covers Day?

A celebration of creativity and artistic freedom. An opportunity to get to know music that was previously unknown. Across genres and countries.

A political act, a corporate PR event or a charity. “While I respect the good intentions of people who try to raise funds for charitable purposes through creative projects, I’d also like for there to be something that exists because someone doesn’t want anything from someone else and doesn’t tell them how others are suffering. A day dedicated to cover versions is a celebration of music and the emotions music gives us. No more, no less,” says Jana Kománková, the project’s creator.

International Covers Day was founded in 2021 by Jana Kománková, a Czech music journalist and a DJ on Prague’s Radio 1 since 1993. She is the co-author of several books on music and works with a number of Czech and international media organisations. She takes joy in admiring covered songs and wants to share that.

Here’s a good covers playlist (it is being updated constantly):