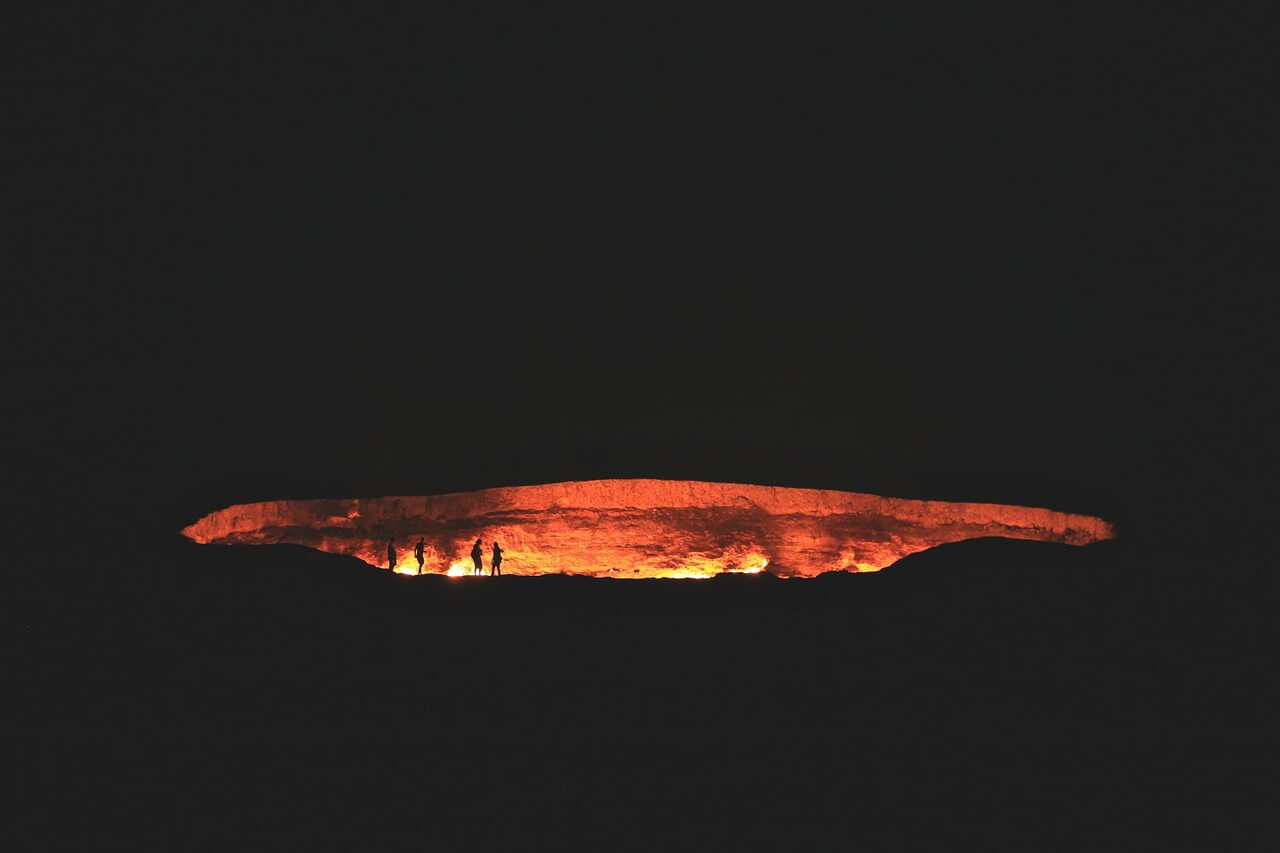 The chemical composition of gases emitted from volcanoes – which are used to monitor changes in volcanic activity – can change depending on the size of gas bubbles rising to the surface, and relate to the way in which they erupt. The results, published in the journal Nature Geoscience, could be used to improve the forecasting of threats posed by certain volcanoes. 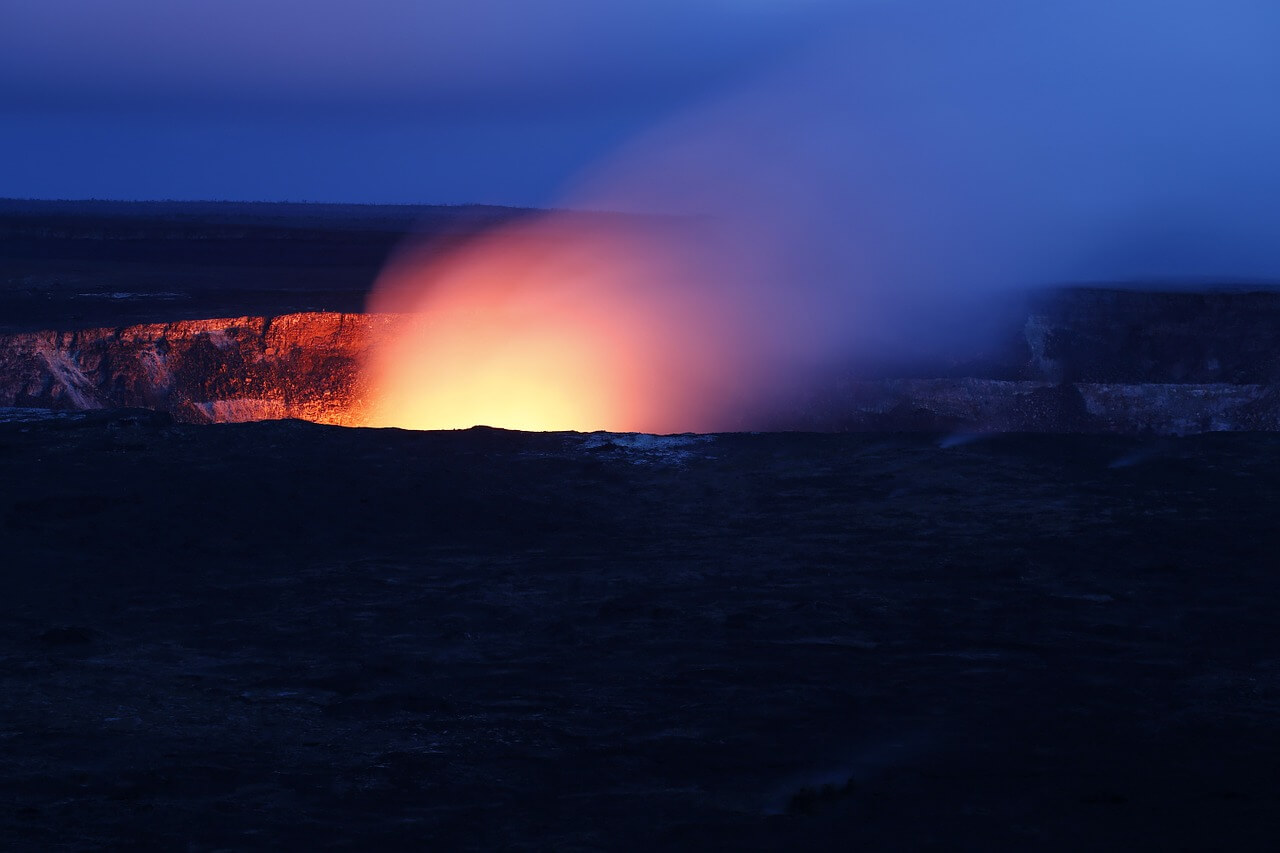 At first, we couldn’t understand how the gases could emerge much colder than the molten lava sloshing in the lake.

A team of scientists, including a volcanologist and mathematician from the University of Cambridge, discovered the phenomenon through detailed observations of gas emissions from Kīlauea volcano in Hawaii.

At many volcanoes around the world, gas emissions are monitored routinely to help with forecasting eruptions. Changes in the output or proportions of different gases – such as carbon dioxide and sulphur dioxide – can herald shifts in the activity of a volcano. Volcanologists have considered that these chemical changes reflect the rise and fall of magma in the Earth’s crust but the new research reveals that the composition of volcanic gases depends also on the size of the gas bubbles rising up to the surface.

Until the latest spectacular eruption opened up fissures on the flank of the volcano, Kīlauea held a vast lava lake in its summit crater. The behaviour of this lava lake alternated between phases of fiery ‘spattering’ powered by large gas bubbles bursting through the magma, and more gentle gas release, accompanied by slow and steady motion of the lava.

In the past, volcanic gases have been sampled directly from steaming vents and openings called fumaroles. But this is not possible for the emissions from a lava lake, 200 metres across, and at the bottom of a steep-sided crater. Instead, the team used an infrared spectrometer, which is employed for routine volcano monitoring by co-authors of the study, Jeff Sutton and Tamar Elias from the Hawaiian Volcano Observatory (US Geological Survey).

The device was located on the edge of the crater, pointed at the lava lake, and recorded gas compositions in the atmosphere every few seconds. The emissions of carbon- and sulphur-bearing gases were measured during both the vigorous and mild phases of activity. 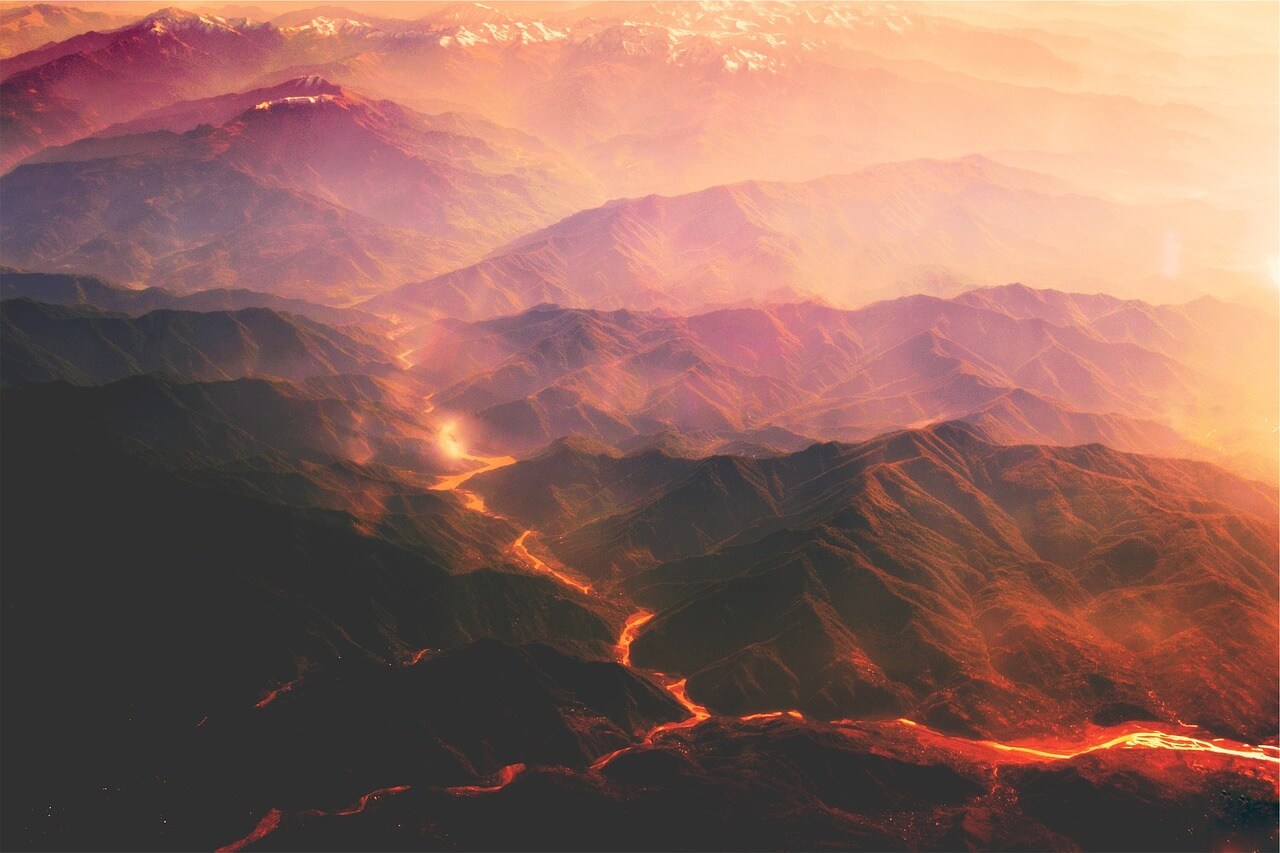 Each individual measurement was used to compute the temperature of the volcanic gas. What immediately struck the scientists was that the gas temperatures ranged from 1150 degrees Celsius – the temperature of the lava – down to around 900 degrees Celsius. “At this temperature, the lava would freeze,” said lead author Dr Clive Oppenheimer, from Cambridge’s Department of Geography. “At first, we couldn’t understand how the gases could emerge much colder than the molten lava sloshing in the lake.”

The clue to this puzzle came from the variation in calculated gas temperatures – they were high when the lava lake was placid, and low when it was bubbling furiously. “We realised it could be because of the size of the gas bubbles,” said co-author Professor Andy Woods, Director of Cambridge’s BP Institute. “Larger bubbles rise faster through the magma and expand rapidly as the pressure reduces, just like bubbles rising in a glass of fizzy drink; the gas cools down because of the expansion.” Larger bubbles form when smaller bubbles bump into each other and merge.

Woods and Oppenheimer developed a mathematical model to account for the process, which showed a very good fit with the observations.

But there was yet another surprising finding from the gas observations from Hawaii. As well as being cooler, the emissions from the large gas bubbles were more oxidised than expected – they had higher proportions of carbon dioxide to carbon monoxide. 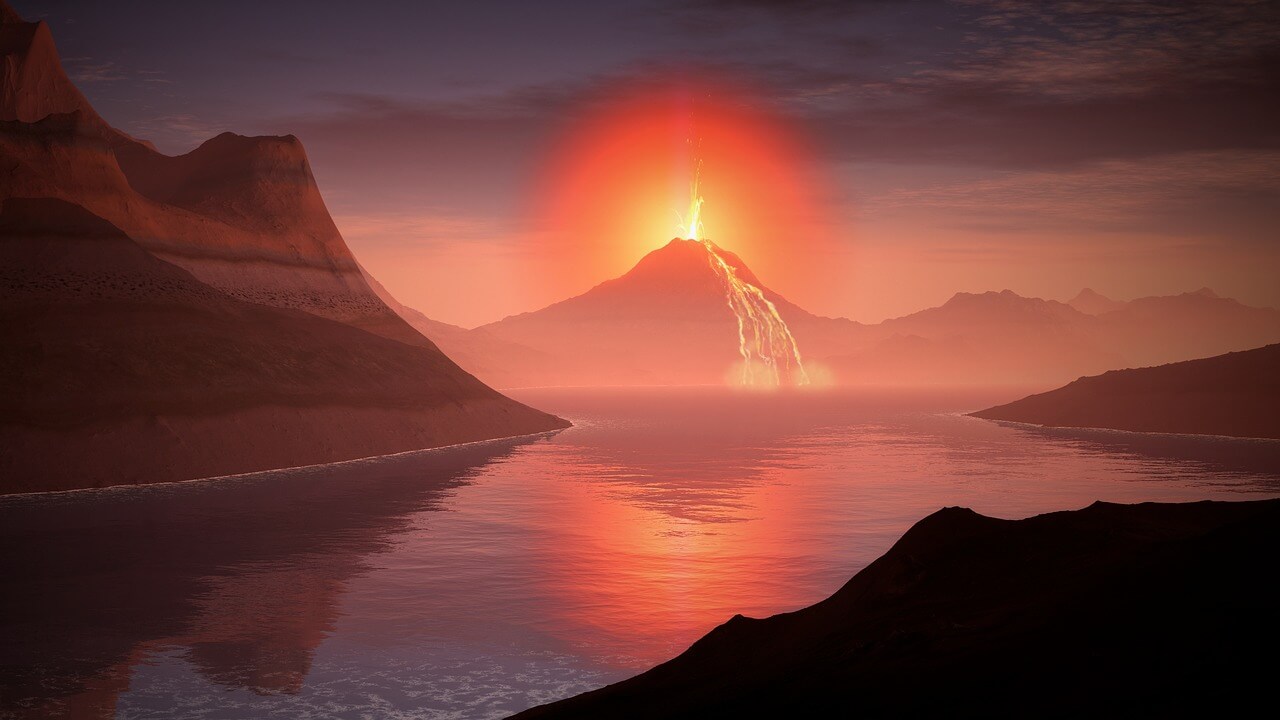 The chemical balance of volcanic gases such as carbon dioxide and carbon monoxide (or sulphur dioxide and hydrogen sulphide) is generally thought to be controlled by the chemistry of the surrounding liquid magma but what the new findings showed is that when bubbles get large enough, most of the gas inside follows its own chemical pathway as the gas cools.

The ratio of carbon dioxide to carbon monoxide when the lava lake was in its most energetic state was six times higher than during the most stable phase. The scientists suggest this effect should be taken into account when gas measurements are being used to forecast major changes in volcanic activity.

“Gas measurements are critical to our monitoring and hazard assessment; refining our understanding of how magma behaves beneath the volcano allows us to better interpret our observations,” said co-author Tamar Elias from the Hawaiian Volcano Observatory.

And there is another implication of this discovery – not for eruptions today but for the evolution of the Earth’s atmosphere billions of years ago. “Volcanic emissions in Earth’s deep past may have made the atmosphere more oxidising than we thought,” said co-author Bruno Scaillet. “A more oxygen-rich atmosphere would have facilitated the emergence and viability of life on land, by generating an ozone layer, which shields against harmful ultraviolet rays from the sun.” 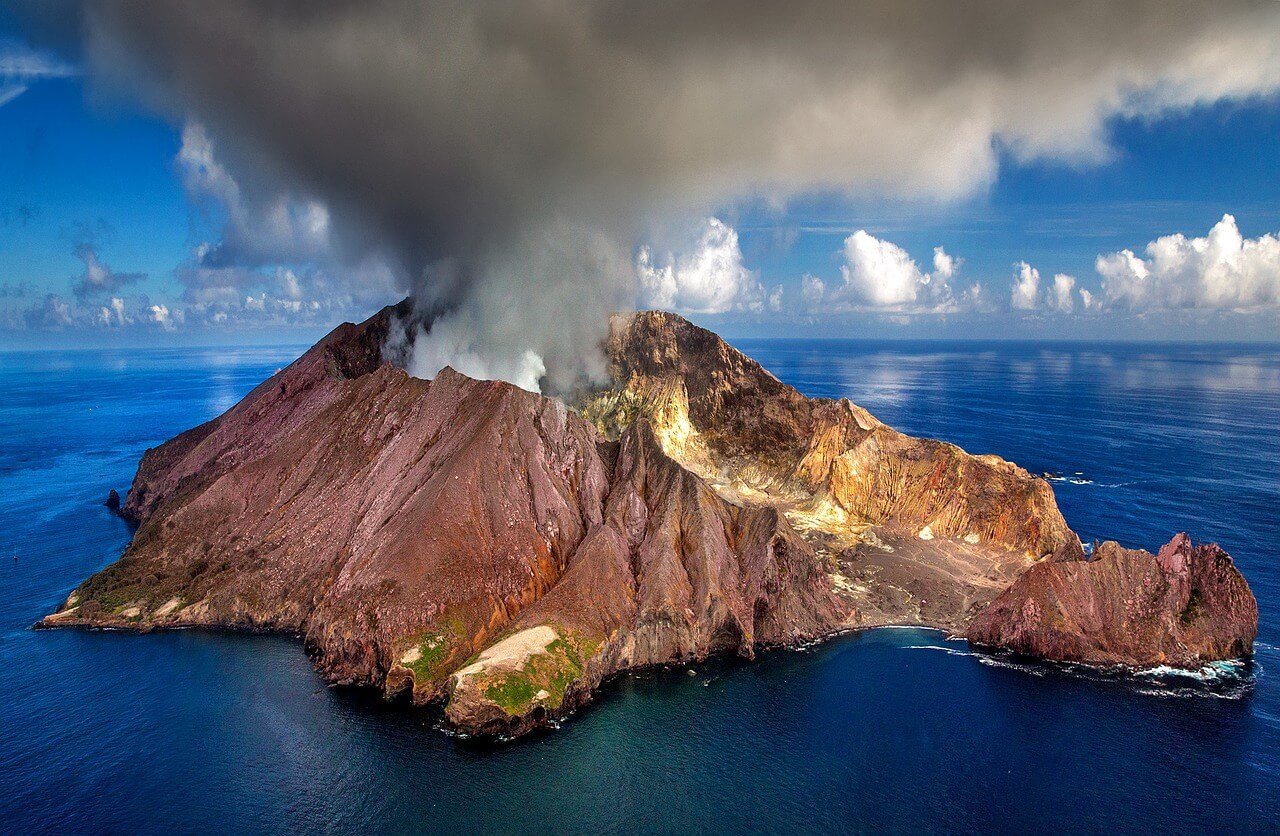 the photos of the volcanoes are chosen by protisedi.cz as a means of illustration.

Marie Tomanová: výstava It Was Once My Universe